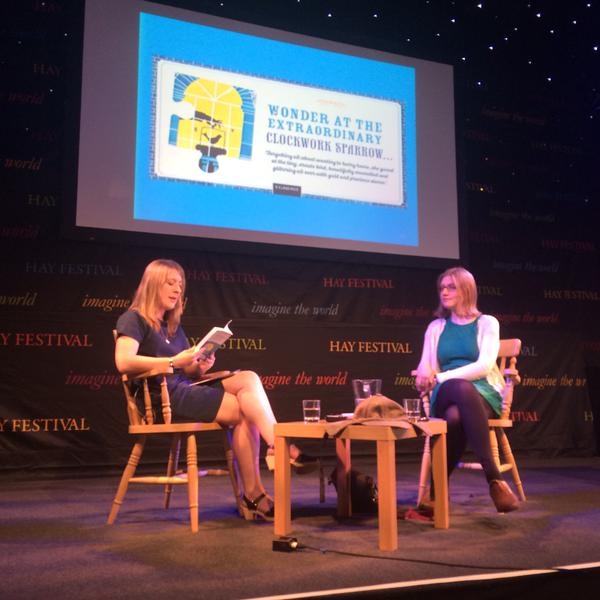 On stage with Robin Stevens at Hay Festival

I have great memories of visiting Hay-on-Wye as a child. What could be better than a place that describes itself as a ‘town of books’? But although I’d visited previously, and enjoyed rummaging through the bookshops for treasures, and exploring the glorious countryside, I’d never actually been to Hay Festival before.

This weekend I was lucky enough to do just that. I headed to Hay for  a brilliant weekend of book events – including chairing a fantastic line-up of YA authors, and doing my first ever author event for The Mystery of the Clockwork Sparrow!

First up on Saturday afternoon, was chairing an event with lovely author Maggie Harcourt and the fantastic The Bookshop Band, who’ve written two new songs inspired by her book The Last Summer of Us.

Hay, you were WONDERFUL. Thank you so much for having me! @hayfeverfest @hayfestival @Usborne #hayYA #moments pic.twitter.com/42KOMdAU1B

I also spotted The Mystery of the Clockwork Sparrow in the Festival bookshop – the first time I’d ever seen it on a bookshop shelf.

AND the first sighting of #ClockworkSparrow in the wild! Spotted on the shelves of the @hayfestival bookshop! pic.twitter.com/NBPoNP0A4D — Katherine Woodfine (@followtheyellow) May 23, 2015

On Sunday I was chairing an event with US YA superstar Sarah J Maas, author of the Throne of Glass series. We talked about her new book, A Court of Thorns and Roses (and the Disney film of Beauty and the Beast, in some detail) with an audience of over 200 people.

That evening, I was back to chair two YA debut authors – Melinda Salisbury and Catherine Doyle. (You know it’s a great event when one of your authors is wearing horns!)

Then on Monday it was author time! Even though I felt cool as a cucumber about chairing other authors’ events, I was suddenly really nervous when it came to talking about my own book for the very first time. I was so glad to have fellow Mystery Girl Robin Stevens beside me for the event.

Before we went on stage, I signed my first ever book (for George!) in the Hay Festival Green Room.

Then came our event, on the beautiful Starlight Stage. Happily we had lots of friendly faces in the audience. We each talked about our books, and read a few pages (the first time I’ve ever read from The Mystery of the Clockwork Sparrow!) before interviewing each other. We discussed mysteries, the books that had inspired us, all things detective… and of course BUNBREAKS. Robin also talked  about Gunpowder, Murder & Plot – the fourth Murder Most Unladylike Mystery set to be published in spring 2016 – and there were audible gasps from the audience when she revealed that the book would involve the death of the new Head Girl!

I was so chuffed to see that we had lots of questions from the audience too – and after the event, lots of people came along to the book signing in the Festival Bookshop. It was fantastic to see the lovely Michelle from Tales of Yesterday who took loads of great photos.

After all the excitement, I went along to one of Malorie Blackman’s two final Children’s Laureate events. The Love Hurts panel discussion was a brilliant discussion between Malorie, James Dawson, Non Pratt and YA Prize winner Louise O’Neill about writing YA.

Thanks so much Hay Festival – I had a fantastic time, and couldn’t have hoped for a better place for my first ever author event! 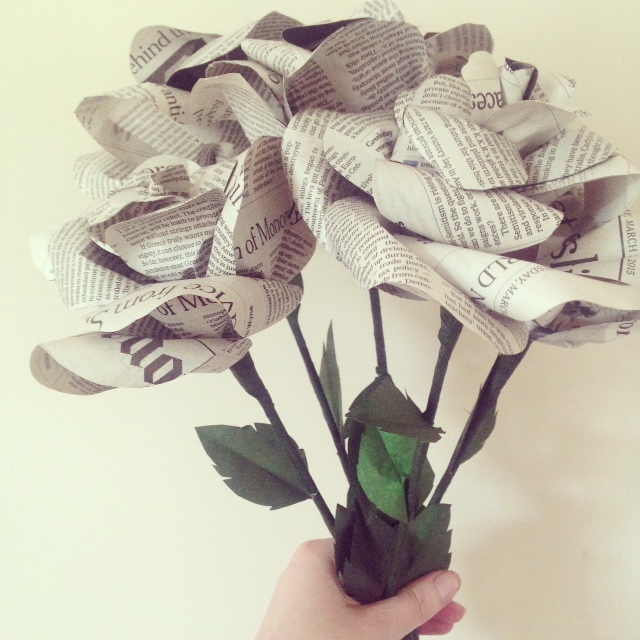 A bunch of Hay Festival roses – one is given to each speaker at the end of each event!