No sooner was Clockwork Sparrow publication day over than it was time for the next exciting children’s book event in my life – the announcement of the new Children’s Laureate!

Author and illustrator Chris Riddell was announced as the Waterstones Children’s Laureate for 2015-2017, taking over from the wonderful Malorie Blackman. The ceremony took place at BAFTA 195 Piccadilly on the morning of  9 June, and a whole host of folk from the children’s book world came along to hear the announcement of the new Laureate, as well as to celebrate Malorie’s achievements in the role.

Here’s me poised at the side of the stage with my clip-board, looking suitably embarassed when Malorie gave me a lovely shout-out during her final Laureate speech:

Of course, once the new Laureate was announced, everyone wanted to hear about what he plans to do during his term.  Chris shared his ‘Five Point Plan’ for the key things he hopes to focus on over the next two years: 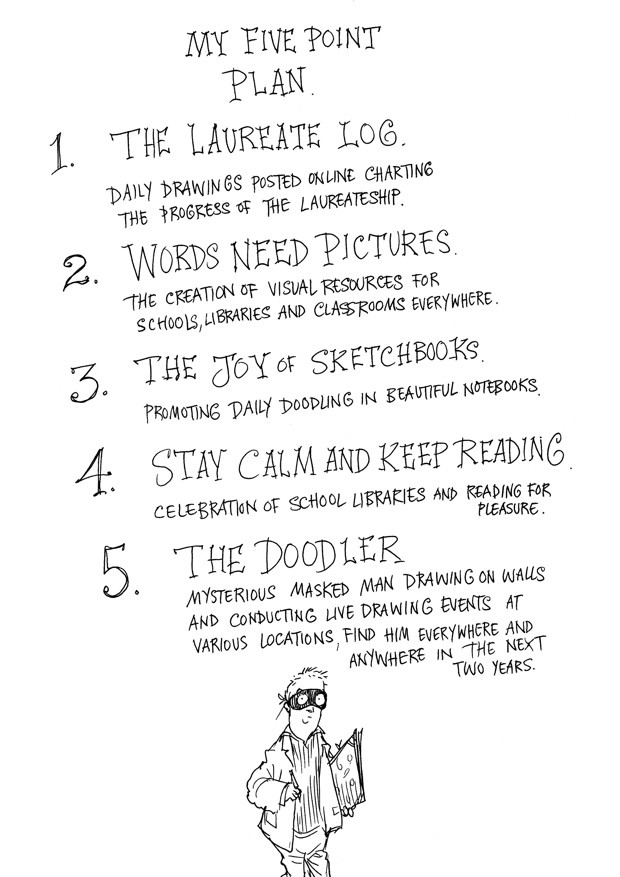 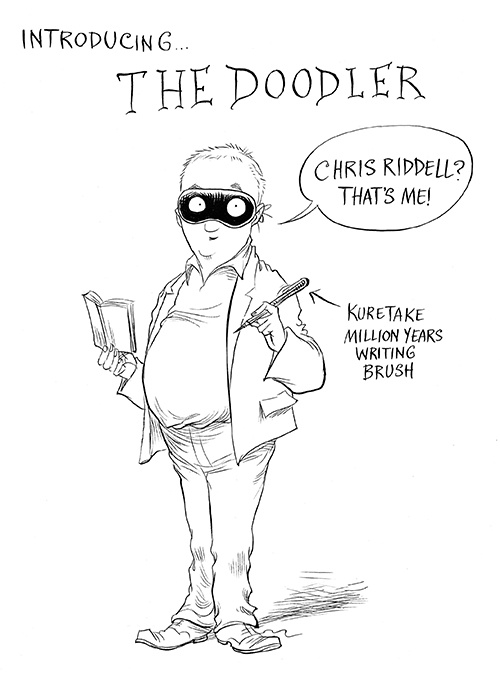 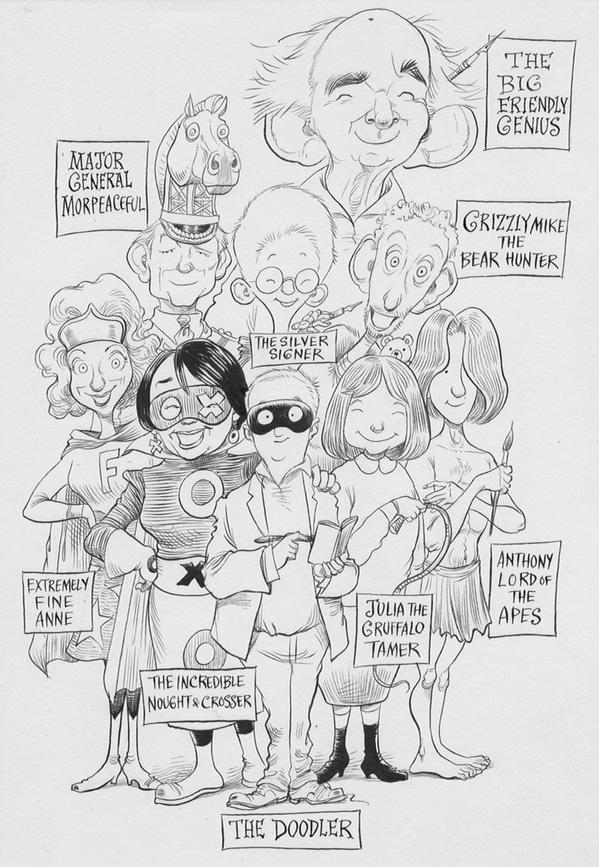 There was a huge amount of excitement at the event, and in the media following the announcement – it was lovely to see many tweets and blog posts about Chris’s appointment . You can read a bit more about the event itself on the Laureate website here. Congratulations Chris – and here’s to an exciting (and doodle-filled) two years ahead!

Find out more about what Chris is up to as Children’s Laureate on the Laureate website here.