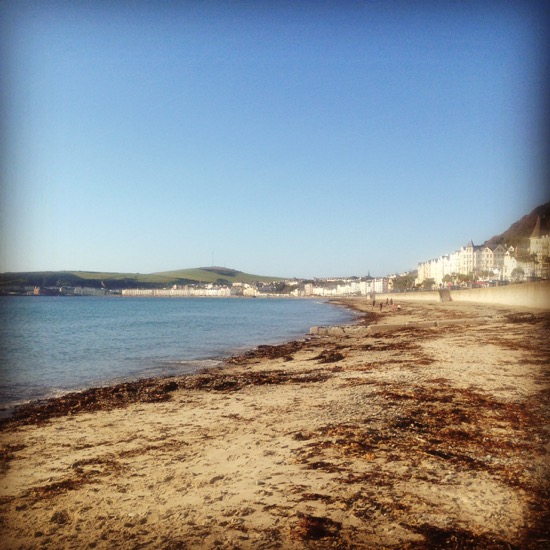 I was super excited to be invited over to the Isle of Man this month, to take part in this year’s Manx LitFest.

I’ve visited the Isle of Man just once before, when I was only about 8 years old. I don’t remember very much from that trip, except for the ferry crossing over from Heysham, saying ‘hello’ to the fairies while going over the Isle of Man’s famous ‘fairy bridge’ and er… making friends with a nice dog on a beach.

This time, however, I flew over to the island on Thursday afternoon to find the Isle of Man was looking spectacular in the beautiful September sunshine. My first port of call on arrival was a reception to launch the Manx LitFest, at the Noa Bakehouse in Douglas – complete with local Isle of Man beer, and the bakery’s own freshly-baked sourdough bread.

At the launch, I had the chance to meet some fellow authors and illustrators, as well as some of the festival’s organisers, who were lovely. The Manx LitFest only started a few years ago, and it has such a friendly atmosphere – it is obviously a real community effort, with lots of people getting involved to help make it a success.

The launch was followed by a book-themed quiz – the hotly-contested annual Book Fanatics Quiz Night. The authors and illustrators taking part in the festival took on the role of quizmasters for the occasion – and my round, appropriately enough, was Enid Blyton themed!

After a great evening of quizzing it was back to the hotel, situated on the promenade in Douglas. The Isle of Man was a popular holiday destination in the Victorian era, and the Douglas sea-front is lined with beautiful old buildings that were once boarding houses. Now it has a kind of faded grandeur that is hugely appealing – even our hotel, The Regency, had lots of old-fashioned charm, including a tiny, very old-school lift.

Friday brought a full day of events in Isle of Man schools, as part of the Lit Fest’s Schools Day. My lovely festival volunteer Kirsty took me on a tour of the island, visiting three different primary schools – Victoria Road School, Arbory School and Peel Clothwoker’s School. At each school I had the chance to meet lots of enthusiastic young readers – from Year 3 up to Year 6 – and to tell them about The Mystery of the Clockwork Sparrow. We also had a lot of fun coming up with our own ideas for mystery stories – including creating some incredibly imaginative heroes and villains. 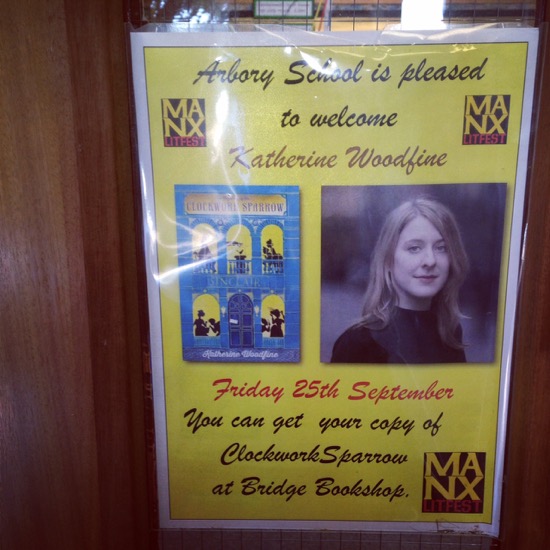 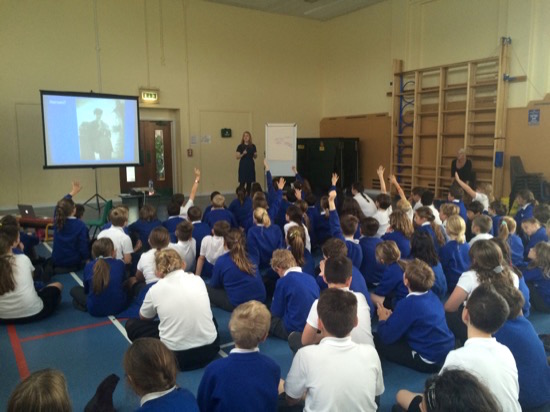 With Year 6 at Peel Clothworker’s School 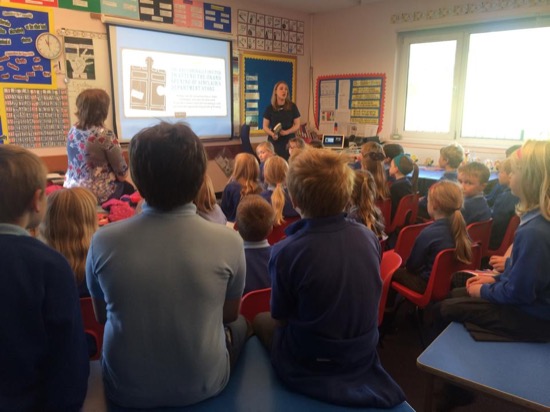 Doing four school sessions in a day was intense but luckily Kirsty knew exactly when it was time to stop off for an emergency ice-cream break!

On Saturday there was time for a traditional breakfast of Manx kippers before I set out to Ramsay to Mooragh Park for the festival’s Family Day – which this year was Famous Five and Secret Seven themed With a detective trail to follow, puzzles to solve, Blyton-themed craft activities and even its very own ‘Kirrin Island’ it couldn’t have been much more up my street! 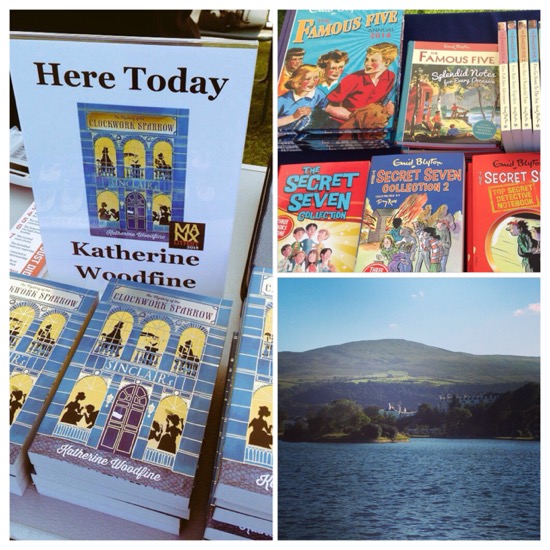 I was due to give a short reading from The Mystery of the Clockwork Sparrow, as well as signing books at the pop-up bookshop, run by the wonderful Bridge Bookshop from Port Erin. As usual though I couldn’t resist getting a bit more involved and ended up doing a ‘secret agent fingerprinting’ activity with kids, and then revisiting my bookselling days helping out in the bookshop. It was great to see lots of the children that I had met in schools the day before coming back with their families to join in the fun. 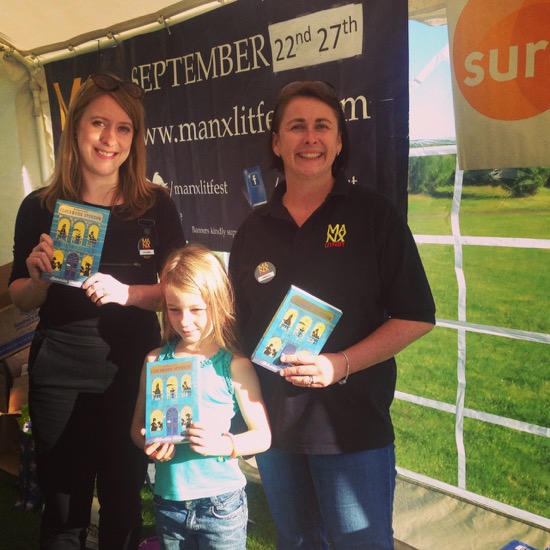 At the pop-up bookshop! 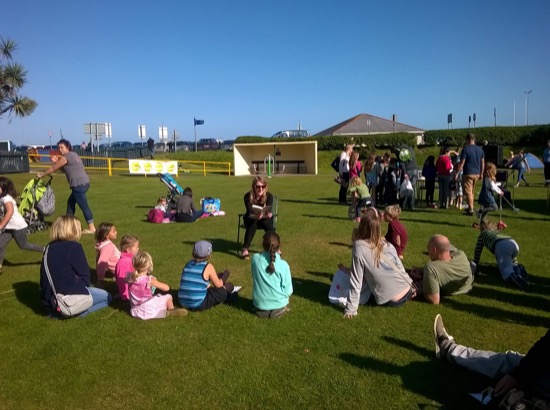 Reading at the family day! Photo via Manx Lit Fest

Sunday was my final day in the Isle of Man – and happily there was time for a final long stroll along the beautiful Douglas sea-front in the sunshine, before heading to the airport.

I had such a wonderful time on the Isle of Man – many thanks to the entire Manx Lit Fest team for a really fantastic weekend!