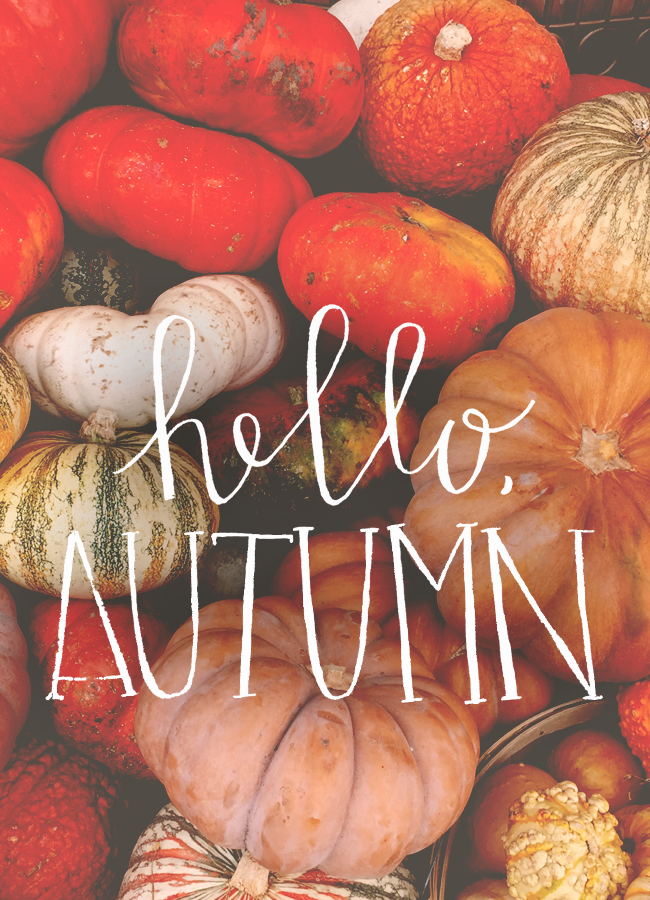 Autumn is here and it’s the season for book events!

Over the last couple of weeks, I’ve been all around the country, meeting children, visiting schools, and getting into the swing of doing lots of author events.

No sooner was I back from my visit to the Manx Litfest than it was time to head to Cambridge for a mystery-themed afternoon at the lovely Heffers Bookshop.

There, I was joined by two other  mystery authors – Helen Moss, author of the Adventure Island and Secrets of the Tomb series – and Patricia Eliot, author of House of Eyes, which is also an Edwardian mystery story set in 1909 – the very same year as The Mystery of the Clockwork Sparrow. We each read from our books, and answered questions from our host, bookseller Hilary, as well as lots of questions from children in the audience.

As well as having the chance to take part in a great event, it was fantastic to have the chance to explore Cambridge – including watching punting on the river, sampling some of the famous Fitzbillie’s buns, watching punting on the river, and rummaging in one of the best second-hand bookshops I’ve ever visited. (With great difficulty, I managed to restrain myself to just three purchases including a beautiful 1940s hardcover edition of the first in the Lone Pine series by Malcolm Saville, Mystery at Witchend.)

So @llmonts took me to the most amazing secondhand bookshop in Cambridge today. These were their Malcolm Saville shelves ❤️❤️❤️ A photo posted by Katherine Woodfine (@followtheyellow) on Oct 3, 2015 at 11:23am PDT

Next up I headed north to Weatherhead High School on the Wirral, for a visit as part of their Author Week. Weatherhead High is a fantastic school with a lovely school library. Each year, the library plays host to a whole week of author visits organised by the school librarian (the appropriately-named) Miss Grainger. Every single class in Year 7 and Year 8 gets the chance to meet an author (the other authors taking part included Amy Alward, Sarah Sky, Tamsyn Murray and Julian Sedgwick) which I thought was a brilliant idea. 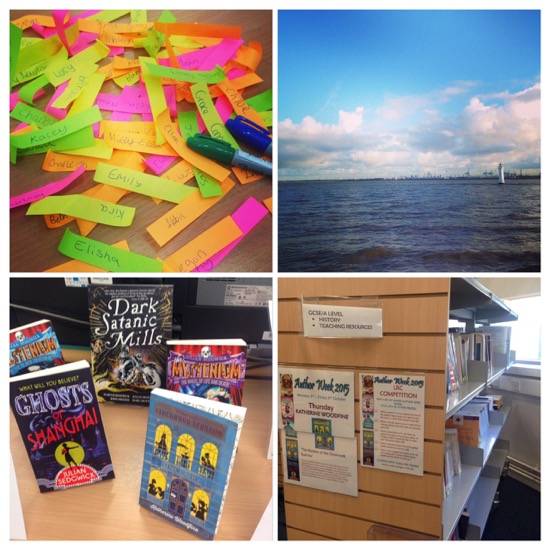 A few highlights from Weatherhead!

Massive thanks to all the fab authors who made this week so amazing. I had a brilliant time & so did all the girls! pic.twitter.com/kcnCACnHUJ — Library Lady (@LibraryLadyRead) October 9, 2015

Next up, I headed to Cheltenham for this year’s Cheltenham Literature Festival. Here, I teamed up with fellow Mystery Girl Robin Stevens for a sell-out event: Murder Mysteries and Iced Buns for Tea!

We were excited to discover on arrival that our event was taking place in a brightly-coloured big top tent – and that our publishers were also providing iced buns for all the children in the audience.

I always have a great time doing events with Robin, and this was no exception. We were so well looked after by the festival, and the audience were fantastic and had lots of really great questions about mysteries, writing and our inspirations. Everyone was especially excited to see the cover of Robin’s forthcoming fourth book in the Murder Most Unladylike series, Jolly Foul Play, which had only been revealed a couple of days previously.

After the event we signed lots of books at the outdoor signing session – it was brilliant to meet so many enthusiastic mystery fans! 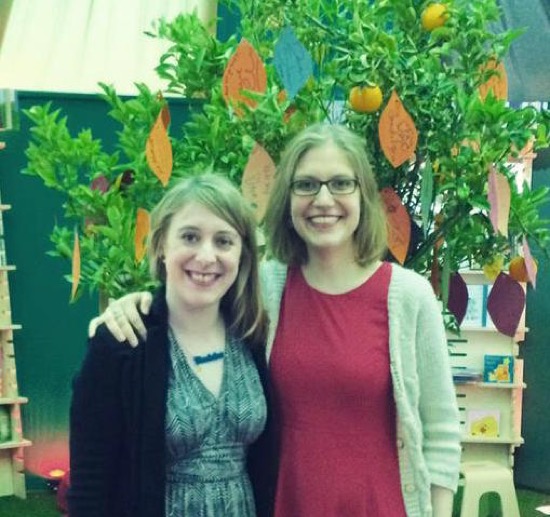 Thanks so much to Heffers Bookshop, Weatherhead High School, and Cheltenham Literature Festival.