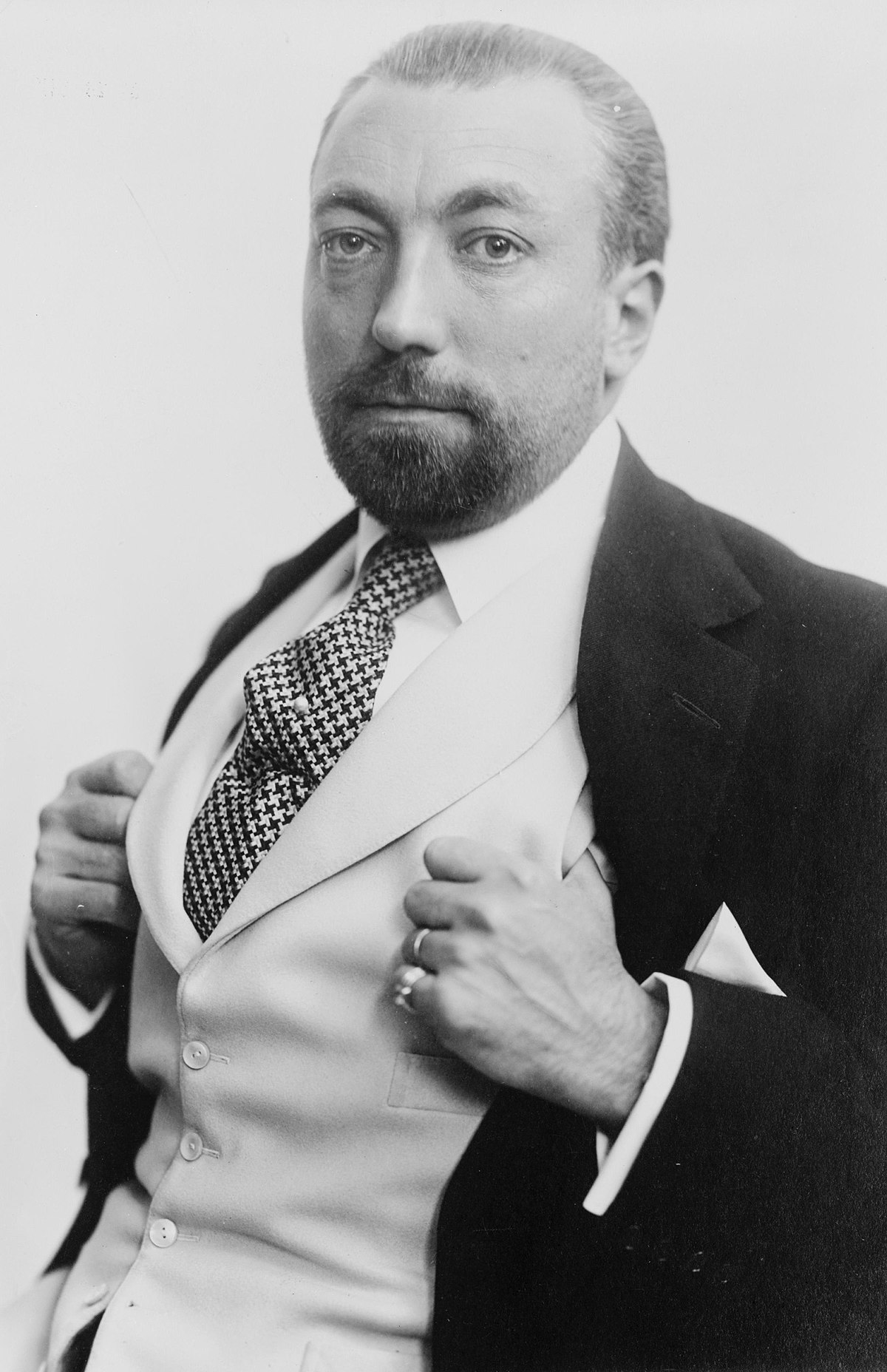 After my recent Behind the Scenes post all about Edwardian fashion, I’ve been looking forward to writing about one of the most iconic designers of the early 20th century, Paul Poiret – and his influence on The Midnight Peacock.

Born in Paris in 1879, Poiret started out as apprentice to an umbrella-maker and then worked as a dress designer before being hired by Paris couture house Jacques Doucet. His first design for them (a red cape) sold an impressive 400 copies. He went on to work for another famous couture house, the House of Worth, where he pioneered new modern shapes, and simple loose-fitting styles that were suited to a slim, uncorseted figure – and were very different to the fashions that Edwardian ladies typically wore.

These styles were often highly controversial – in fact, when he presented the Russian Princess Bariatsky with one of his kimono-style coats, she exclaimed:

What a horror! When there are low fellows who run after our sledges and annoy us, we have their heads cut off, and we put them in sacks just like that!

In 1903, Poiret established his own couture house where he focused on bold new styles including the hobble skirt, the cloche hat, the ‘lampshade’ tunic, and most daring of all the ‘harem pants’. His designs made use of strong shapes and lines, innovative draping techniques and a rich colour palette. He particularly disliked the pale pastel colours of his day, which he describes in his autobiography as:

…nuances of nymph’s thigh, lilacs, swooning mauves, tender blue hortensias, niles, maizes, straws, all that was soft, washed-out and insipid…  I threw into this sheepcote a few rough wolves: reds, greens, violets, royal blues, that made all the rest sing aloud… There were orange and lemon crêpe de Chines, which they would not have dared to imagine… the morbid mauves were hunted out of existence. 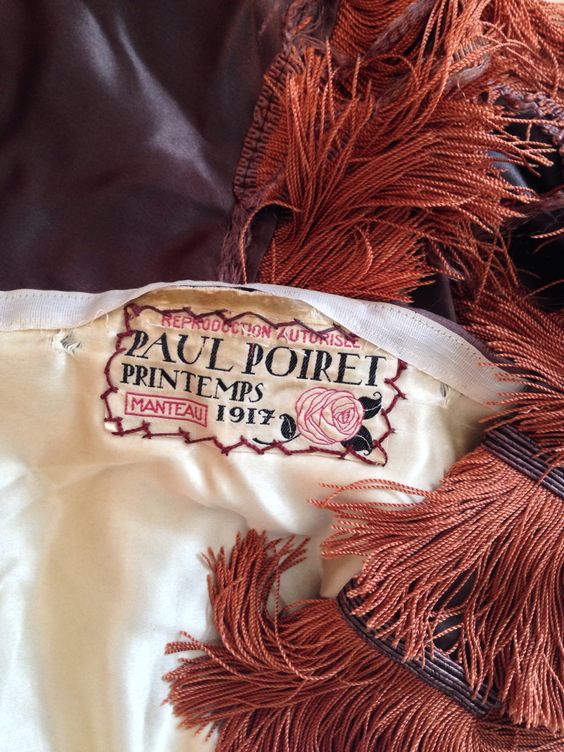 Poiret took inspiration from Leon Bakst’s designs for the Ballets Russes as well as objects he saw in museums, and the latest modern art movements. He worked with a number of artists, who drew fashion illustrations or created textile prints for him – including Raoul Dufy and Erté. He also collaborated with art photographer Edward Steichen to create what is now considered to be the first ever modern fashion photography shoot. His work was enormously influential, and continues to inspire designers today. (The rich colours, lush fur trimmings and sumptuous embellished velvets of A/W 2017 are definitely very Poiret!)

But as well as being known for the artistry of his designs, Poiret was also a highly innovative marketeer. He gained a reputation for his theatrical flair for promotion, creating opulent and eye-catching window displays – some of which were inspired by the seasons. He wrote:

When it snowed, I called up all the faëry of winter by white cloths and tulles and muslins intermingled with dead branches, and I dressed the passing moment with an appositeness that ravished all who walked by in the street.

Poiret was also one of the first fashion designers to branch out into other areas such as interior design and perfume. In 1911, he unveiled a line of fragrances named ‘Parfums de Rosine’ after his eldest daughter. 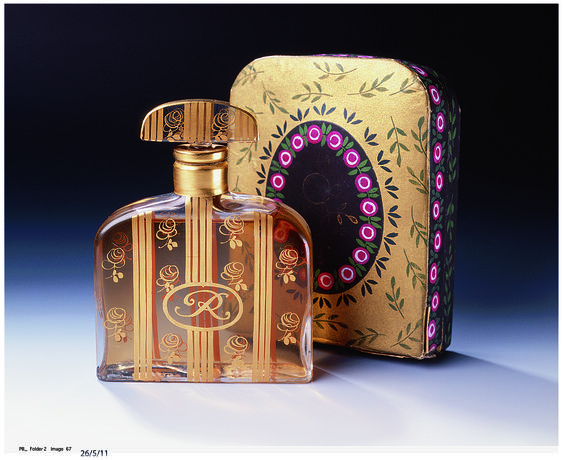 He really pushed the boat out for the launch of his first fragrance, throwing a sensational party at his luxurious home in Paris, entitled ‘La Mille et Deuxième Nuit’ (the Thousand and Second Night). 300 guests attended the event, which he described as ‘an unforgettable fete’. His gardens were lit with lanterns and filled with tropical birds and monkeys: there were storytellers, dancers, ‘mysterious and sinful drinks’ served in ‘crystal ewers’ and Poiret himself appeared as the reigning ‘sultan’ of the evening, gifting his guests with bottles of his perfume ‘Nuit Persane’. 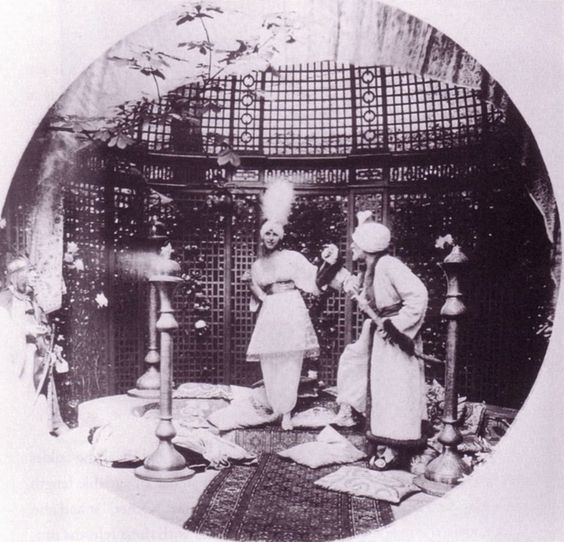 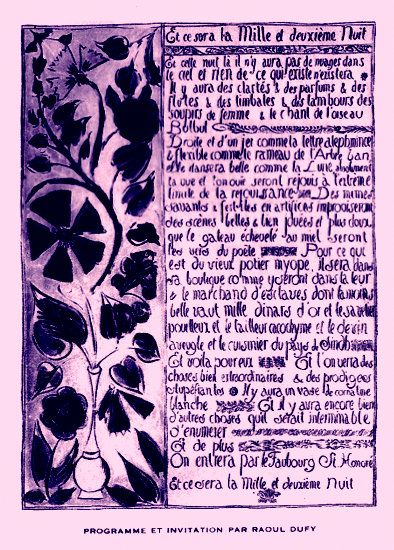 If you’ve read The Midnight Peacock, you won’t be surprised to learn that Paul Poiret was an important point of inspiration for the character of French fashion designer César Chevalier who appears in the book and teams up with Mr Sinclair for a lavish New Year’s Eve Ball to launch his new Maison Chevalier fragrance ‘The Midnight Peacock’. The Midnight Peacock Ball itself of course also takes some inspiration from Poiret and his lavish parties. The scented fan invitation which appears at the start of the book also takes its cue from Poiret, who used scented fans like this one to advertise his ‘Parfums de Rosine’. 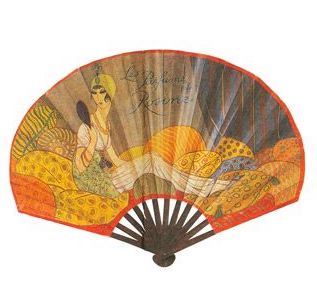 If you’d like to read more about Paul Poiret, his autobiography The King of Fashion published by the V&A is full of entertaining snippets, whether he’s describing a black cloak as expressing  ‘all the sadness of a romantic dénouement, all the bitterness of a fourth act’ or describing a fellow couturier as ‘pinning on ribbons with enchanted hands, modelling and draping and cutting out, with the great scissors he produced from his pocket, in a fire of inspiration, satins, taffetas, tulles and muslins…the joy and excitement that fill a true creator of fashion.’

*Don’t forget! You have until 18 December to enter my Midnight Peacock competition to win a signed book and a box of festive goodies. Sign up to my newsletter here to enter – or find out more*