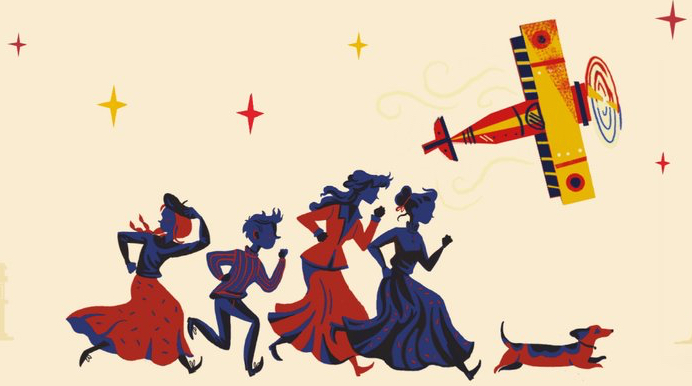 If you’ve read Taylor & Rose Secret Agents: Peril in Paris, you’ll know that an air race plays a very important part in the story. The Grand Aerial Tour of Europe, which appears in the book, is fictional – but it’s inspired by some of the real-life air races which really did take place during the 1910s.

In this post as part of my Behind the Scenes series, I’m going to talk a little bit more about these air races, and why they were so important. In the 1910s aeroplanes were still a very new invention: although people had been experimenting with aviation for some time, it was only in 1903 that the Wright Brothers had achieved ‘sustained, controlled, powered flight’ – in other words, the first proper aeroplane flight. 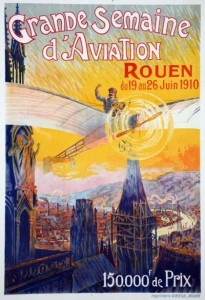 In the years that followed, aviation rapidly became popular. France was one of the nations that quickly embraced the new technology, producing many young pilots known for their daring and vitesse (speed). In Germany, Prince Heinrich (the Kaiser’s brother) became the first Royal to take to the air – and in 1910 learned to fly an aeroplane himself. Aviation quickly gained popularity in America, and Japan also took a keen interest, sending army officers to France and Germany to train as pilots. (The character of Captain Nakamura in Peril in Paris is loosely based on the real-life Captain Yoshitoshi Tokugawa who went to France to learn to fly and then piloted the first ever flight in Japan, which took place in Tokyo in December 1910.)

Initially Britain was more cautious: rather than the government, it was actually newspaper magnate Lord Northcliffe who pointed out the particular importance of flight for Britain, declaring that ‘England is no longer an island’ after Louis Bleriot’s successful crossing of the Channel by plane (fun fact for fans of the Sinclair’s Mysteries -Bleriot’s plane was later exhibited at Selfridges department store so that people could come and see it for themselves, which I can well imagine happening at Sinclair’s!) With this in mind, it was Lord Northcliffe who initiated one of the most important British air-races – the Daily Mail Circuit of Britain – to boost the popularity of aviation in the UK. 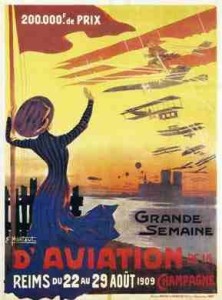 By 1911, when Peril in Paris is set, air races had become very popular, offering bold young pilots the chance to show off their skills, test out their new planes – and win impressive prizes. Real-life examples that helped inspire my fictional Grand Aerial Tour of Europe include the 1911 Circuit of Europe Race, which covered a distance of almost 1,000 miles, and was sponsored by the French newspaper Le Journal. 500,000 spectators turning out to see the start of the Circuit of Europe Race.

Many of the pilots who took part in these races soon became famous, including the likes of Louis Bleriot, Hubert Latham, Eugene Lefebvre and Leon Delagrange. However, early aviation was tough: whilst 43 pilots took part in the Circuit of Europe Air Race, only nine of them managed to complete the whole course successfully. Three of them were killed in fatal accidents – early aviation was dangerous, and plane crashes and fires were relatively common. Air races could be dangerous for spectators too: during the Paris-to-Madrid Air Race which also took place in 1911, the French Minister of War, Henri Berteaux, was killed, and others were injured when an aircraft lost power and crashed into the crowd at the start of the race. 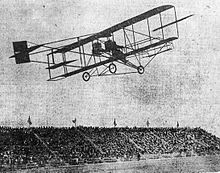 At around the same time that these air races were taking place, governments around the world were beginning to see the potential of aviation for military and intelligence use – as journalist Roberta Russell points out to Sophie in Peril in Paris. The Italians were the first to use planes for surveillance, in their war with Turkey in 1911.  Just a few years later, when World War I broke out, aeroplanes would have a crucially important role to play.

If you’re interested in finding out more about aviation during this period, I’d recommend KM Peyton’s Flambards books for young adults, in particular The Edge of the Cloud. You might also be entertained by the 1965 film ‘Those Magnificent Men in their Flying Machines’, a comedy set in 1910 based around a fictional air-race from London to Paris. It seems very dated now, but it’s fun and intriguing to see one of the 1910s air races brought to life on screen!

The pictures in this post come via my Peril in Paris Pinterest board (click the image for the source) where you can also find lots more images that helped inspire the book.