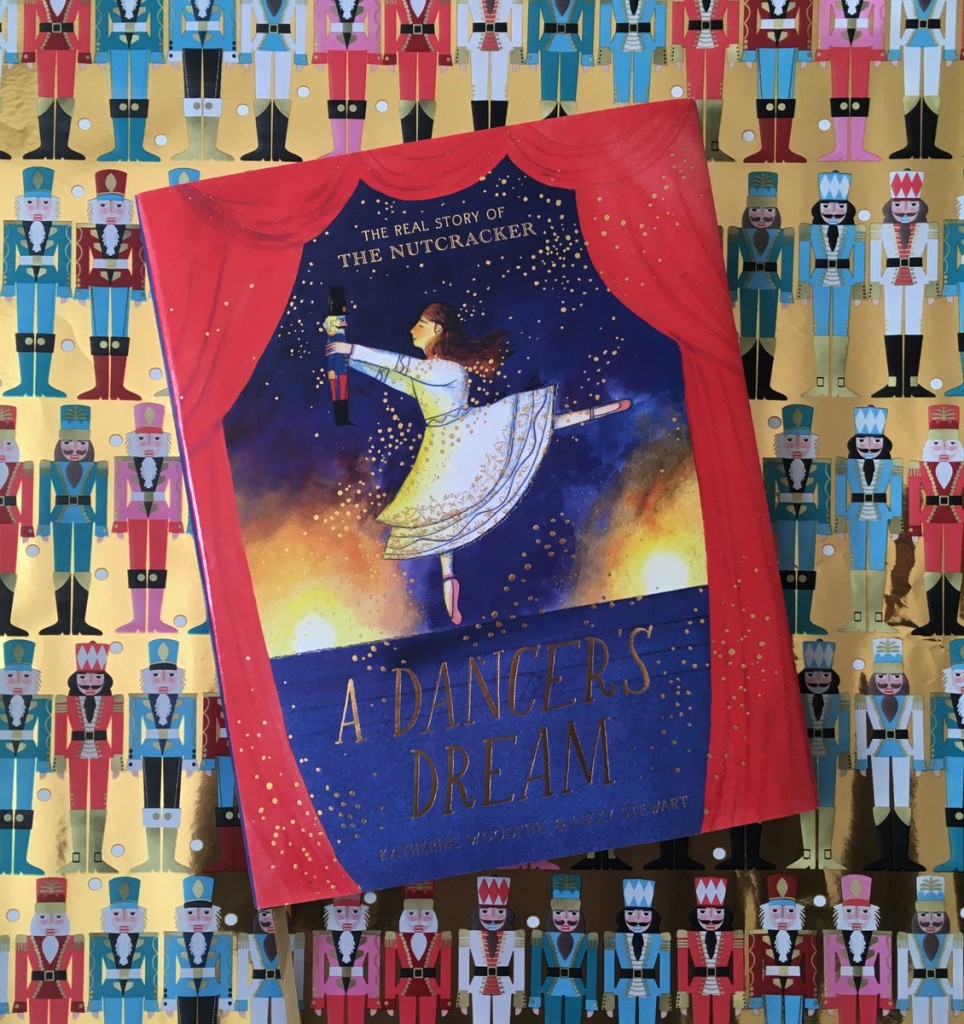 After being published last month, it’s been so lovely to see A Dancer’s Dream being read and enjoyed. Today I thought I’d share some of the story behind this book, which actually began its life as a short story with a different title — Casse-Noisette, or otherwise, ‘The Nutcracker’.

This story, which first appeared in the anthology Winter Magic, took inspiration from Tchaikovsky’s much-loved ballet ‘The Nutcracker’ which itself has a complex backstory. The ballet which we all know today was originally inspired by a story called ‘The Nutcracker and the Mouse King’ written by the German writer ETA Hoffman in 1816, which had subsequently been adapted by the French writer Alexandre Dumas in 1844 as ‘Histoire d’un casse-noisette’. A Russian doll-within-Russian-doll of inspirations, if you will!

The idea of writing about ‘The Nutcracker’ first came to me when I was asked to write a story for Abi Elphinstone’s anthology Winter Magic which was being published by Simon & Schuster. This new collection would bring together a host of wintery, festive stories, glittering with snowy and frosty magic. I knew at once that I wanted my story to be historical, and my first idea was that I might write about the frost-fairs that used to take place on the River Thames, back when winters were so cold that the whole river would freeze completely solid, and fairs would take place out on the ice. But when I mentioned this to the team at Simon & Schuster, they told me that another writer (the brilliant Emma Carroll) was already working on a frost-fair story! So it was back to the drawing board…

I began thinking about my favourite things about winter and Christmastime. There were lots of possibilities, but one tradition that I immediately thought of was going to the pantomime, the ballet, or the theatre, which we always did at Christmas when I was growing up. I especially loved ballet, so seeing ‘The Nutcracker’ was a particular festive treat – for me, the spellbinding story of Clara’s adventure on Christmas Eve, complete with its ballets of snowflakes and dancing sweets, really did seem to capture all the magic of this time of year.

I decided to find out a little more about the history of the ballet, and its origins. In particular, I began reading about the very first performance of ‘The Nutcracker’ which took place just before Christmas in 1892, in the famous Mariinsky Theatre in St Petersburg, Russia. Immediately, I became very interested – because there were some surprising things to discover. Considering it’s now one of the most famous and beloved ballets in the world, ‘The Nutcracker’ didn’t actually get off to a very promising start.

For one thing, Tchaikovsky wasn’t initially very keen on writing a ballet based on the Nutcracker story. It was the choreographer, Petipa, who was set on the choice of the subject matter, and who devised a synopsis. Reluctantly, Tchiakovksy set to work, but then tragedy struck when he heard the news of the death of his beloved sister, Sasha. ‘Today… I feel the absolute impossibility of depicting in music the “Sugarplum Fairy,”‘ Tchiakovsky wrote. In spite of his grief and sadness, he continued to work, perhaps even putting something of his lost sister into the character of Clara, and weaving in his own memories of childhood family Christmases.

Meanwhile, as rehearsals for the new ballet began, choreographer Petipa also experienced a tragedy when his 15-year-old daughter Evgenia died of cancer. Shortly afterwards he fell ill himself, forcing him to take leave for the rest of the season. His assistant Lev Ivanov had to step in and take charge of ‘The Nutcracker’ in his place.

Finally, when the ballet was at last performed for an audience including the Tsar of Russia, the reviews were mixed. ‘The Nutcracker’ was not immediately popular, and even got some negative responses from critics. Some of the dancers were criticised, others felt it was merely a ‘spectacle’ rather than a true ballet. It wasn’t until some years later that it grew in popularity, before eventually becoming the favourite Christmas ballet we know today.

One of the other things that caught my attention about this first staging of ‘The Nutcracker’ is that lots of the parts in the ballet were played by child dancers – including the lead roles of Clara and the Nutcracker Prince, which were played by pupils from the Imperial Ballet School. Children performing in ballet productions was not new – Petipa had included children’s dances in almost all of his ballets. However, it was very unusual to cast young dancers in leading roles. Clara, the girl at the centre of the story was played by a young dancer called Stanislava Belinskaya, who was just 12 years old at the time.

I was immediately interested in Stanislava. She was the first to play this incredibly famous and important role – and yet we know little about her. After this moment in the spotlight, she seems to fade away from dance history. Interestingly, one of her friends and classmates who wasn’t chosen to dance in the first production of ‘The Nutcracker’ went on to become one of the most famous dancers of all the time – the legendary ballerina Anna Pavlova.

Thinking about Stanislava (or ‘Stana’ as I decided to call her, which is the shortened form of her name) – and her classmate Anna – and what life might have been like for them at the Imperial Ballet School in St Petersburg at the end of the 19th century – soon sparked my imagination. I wanted to explore some of my favourite things about The Nutcracker ballet – the magical dream sequences, the cosy scenes of a family celebrating together at Christmas-time – and weave them together with some of the real history, including Tchiakovsky’s story. I imagined a home and a family for Stana – including her own beloved sister who was unwell – as well as trying to conjur up how it might have felt for her as a young dancer to step out onto the grand stage and perform in such an important role.

The finished story was first published in Winter Magic and a little while later, the team at Simon & Schuster said they’d like to turn it into an illustrated book (following on from Abi Elphinstone’s story ‘The Snow Dragon’ which had already been transformed into a gorgeous illustrated story with artwork by Fiona Woodcock. I was especially thrilled to hear they’d asked one of my very favourite illustrators, Lizzy Stewart, to illustrate it.

It was amazing to see the story turned into the beautiful A Dancer’s Dream. Lizzy’s artwork perfectly brings to life snowy St Petersburg and the glittering Mariinsky Theatre. What a joy!

A DANCER’S DREAM is here! I am so delighted with this beautiful book – @lizzystewart’s glorious artwork and the wonderful team at @simonkids_UK have transformed my story into a treasure. Out 29th October https://t.co/oTvfLH26bD pic.twitter.com/sPdnMtzBVU

Or if you like ballet stories, check out my list of ballet-inspired children’s books over on Bookshop.org 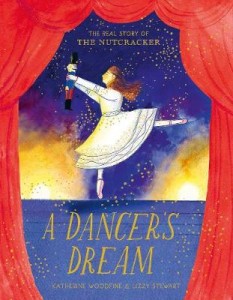 In snow- covered St. Petersberg, young dancer Stana’s dreams have finally come true – she has been chosen to play the lead role in Tchaikovsky’s new ballet, The Nutcracker. But with all eyes on her, can Stana overcome her nerves and dance like she’s never danced before…?

Illustrated by Waterstone’s Children’s Book Prize winner, Lizzy Stewart, this sumptuous and magical retelling of The Nutcracker will transport you on a journey far beyond the page.