Autumn is really here now. I can smell it in the air. I like autumn. I like crispy early mornings, wearing boots and woolly tights, brisk walks, falling leaves, cosy jumpers and eating sustaining things like stew. I especially like that ‘back to school’ feeling of really getting down to business, a certain sense of purpose that comes along with the new stationery – fresh notebooks and really sharp pencils. It’s a good time of year.

I have to admit though that I’m not such a fan of the torrential rain we’ve been having of late. Or of the particularly unpleasant cold which has struck me down this week – I’m writing this from my sick bed. Still there’s worse things than lying around all day feeling slightly sorry for myself, eating soup, re-reading Jonathan Strange and Mr Norrell (the perfect book for chilly autumn afternoons), and looking forward to an evening of watching entertaining TV like ‘Dog Borstal’ in my pyjamas.

In other news I’ve got a review of Taking Pictures by Anne Enright up on the lovely Transmission blog at the moment where there are also lots of other good things. Check it out here. 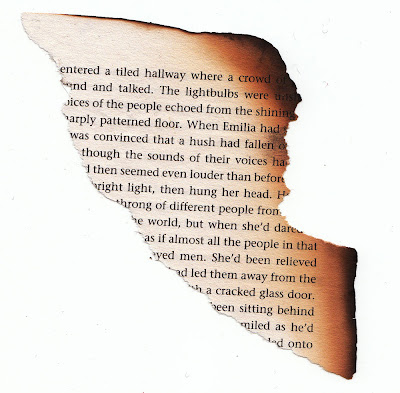 I found this fragment of a page in the lane behind my house. Something about it compelled me to pick it up. I’m not sure what book it comes from but it’s very mysterious and intriguing. Finding it instantly conjured up memories of childhood adventures – I felt as if I had stumbled upon a clue, and was about to embark on a part-Famous Five, part-Nancy Drew, part-Treasure Island type quest involving lost treasure maps and strange sounds by night, enigmatic strangers and mysterious happenings. Sadly there have been no further mysterious happenings as yet. However, I’ll keep you posted… A fortnightly reading group dedicated to reading Karl Marx’s Capital Vol. 1: A Critique of Political Economy will begin on 6 October 2008 at The Salford Restoration Office. Individuals are invited to join the group to read Marx’s Capital Vol. 1 in conjunction with David Harvey’s online lectures. Harvey, a respected academic and writer, has been teaching open classes on the book for 40 years, and the current set of lectures given at the City University of New York have been filmed and made available on-line. The lectures are accessible to all at anytime but the fortnightly sessions at The Salford Restoration Office will create a structured environment in which to read and discuss this pivotal text.

Reading Capital is open to all who wish to attend and participate. Sessions are free of charge, but space is limited so please contact (click here for email address) if you would like to participate.

Participants are asked to provide their own copy of Capital Vol. 1. The Penguin Classics edition and the Vintage Books edition (ISBN 0140445684 and 039472657x) tally with references. Participants are asked to read the chapters covered in each session in advance. Meeting every other Monday from 6 October between 6.30pm and 8.30pm, the sessions will run until 1 December 2008, and begin again on 19 January until summer 2009. Reading Capital is organised by Duncan Hay and The Salford Restoration Office (James Hutchinson and Lesley Young). For more information, go here. 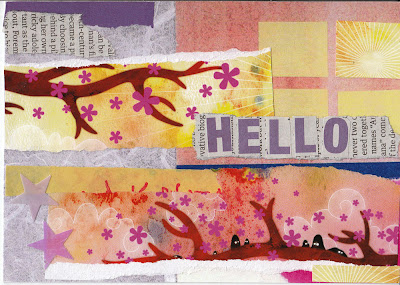