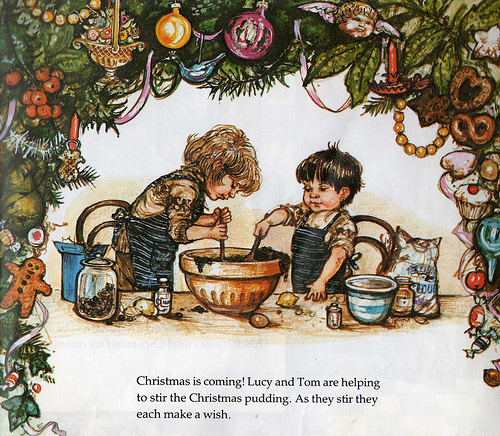 OK, so it’s not quite Christmas yet, but this week we broadcast our Down the Rabbit Hole Christmas special. We were joined by the incredibly talented Chris Riddell for our festive show, which covered everything from our favourite Christmas children’s books (including the lovely Lucy and Tom’s Christmas by Shirley Hughes, pictured above) to answering listeners’ Christmas book shopping dilemmas.

We also found time to chat with Chris about his latest books, including the gorgeous Goth Girl and the Fete Worse than Death, the second in the Goth Girl series; and two new books he has illustrated – Russell Brand’s Trickster Tales: Pied Piper of Hamlin and the extraordinary Sleeper and the Spindle by Neil Gaiman.

All the while we were on air, Chris was doodling away: 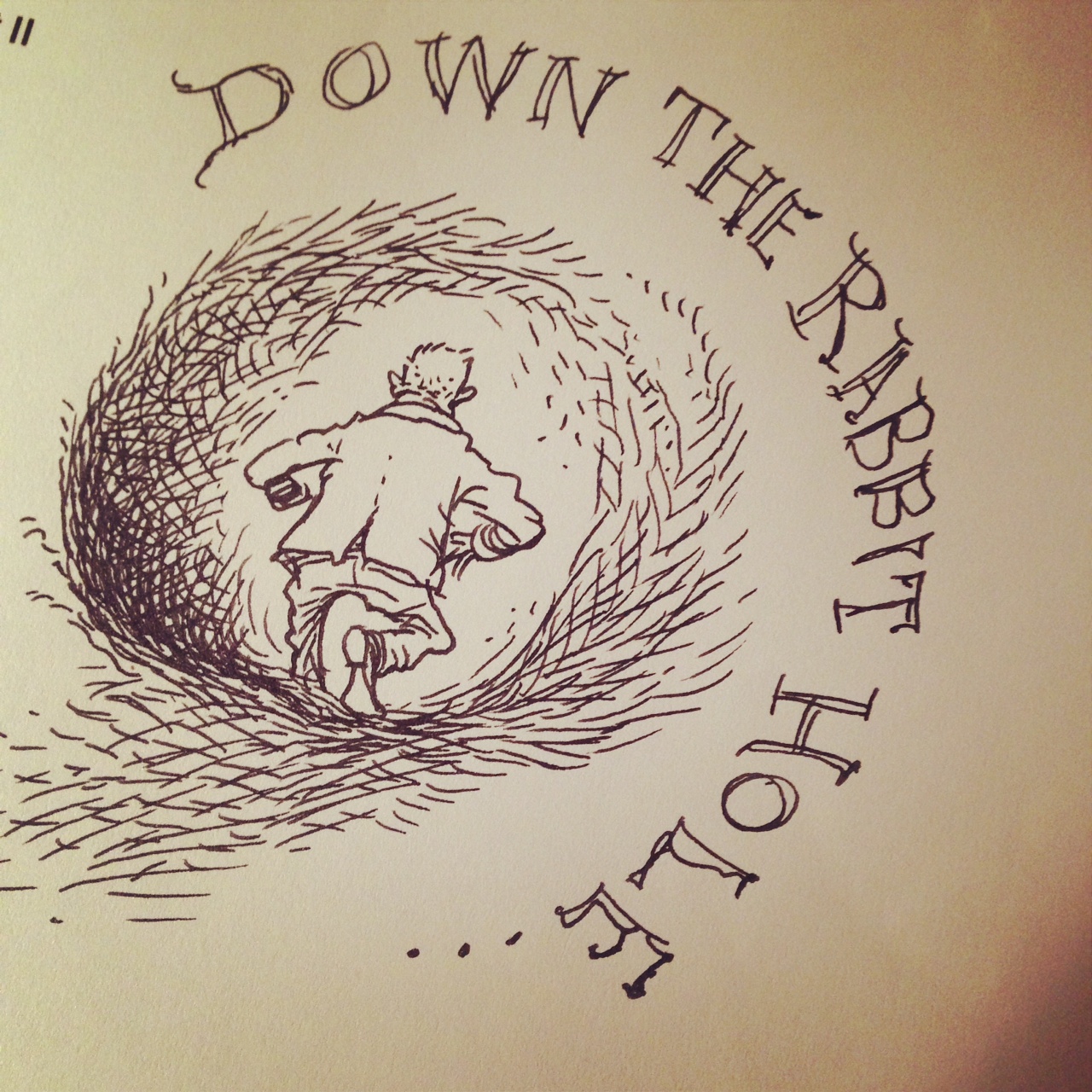 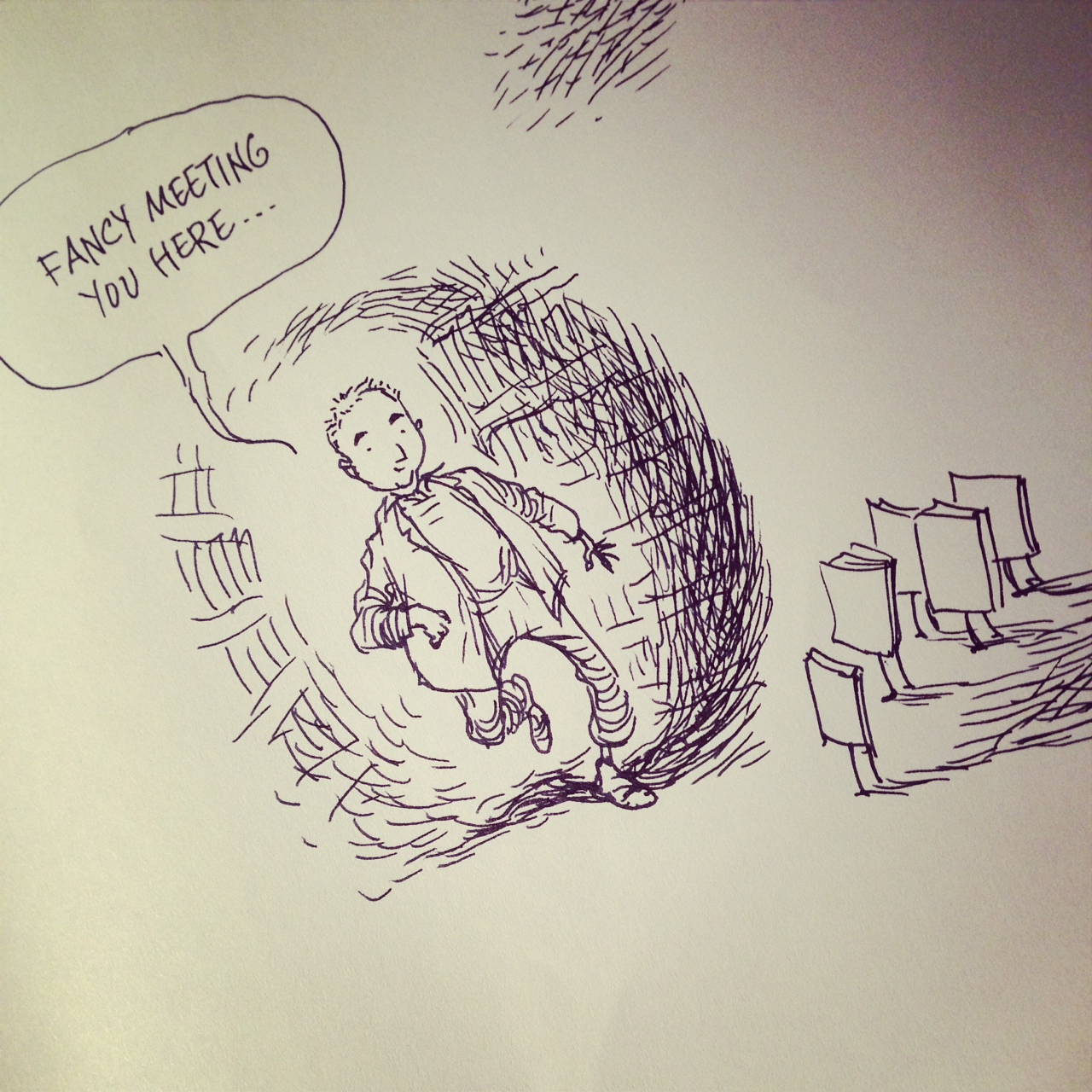 You can listen to the show below and find out about all the books we talked about here. 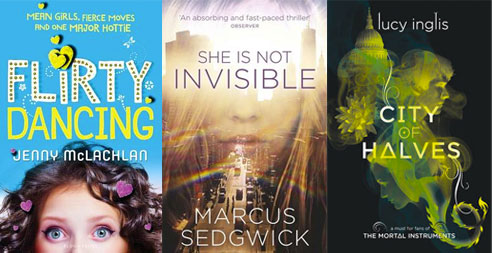 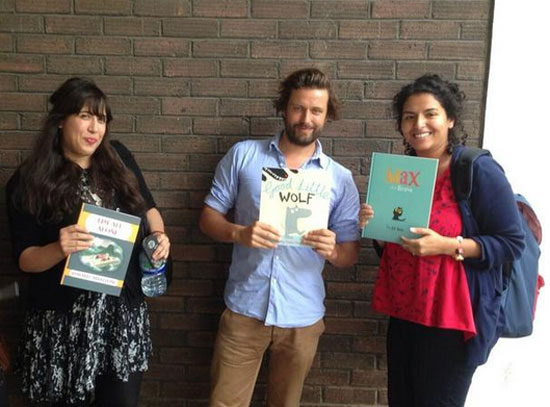 Melissa, Ed and Nadia modelling some picture books for Episode 2

Episode 2 of Down the Rabbit Hole was dedicated to all things picture book, to celebrate the 2014 CILIP Kate Greenaway Medal.

We were joined by special guests Ed Vere and Nadia Shireen to discuss the books on the 2014 Greenaway shortlist, and also had two particularly exciting feature interviews – one with Greenaway winner Jon Klassen, and the other with picture book royalty Shirley Hughes!

Have a listen to the episode on SoundCloud below or check out a list of all the books we discussed on the Down the Rabbit Hole Tumblr.

And you can also listen to the full version of Louise’s interview with Shirley Hughes below: