Last night we broadcast the first episode of the Down the Rabbit Hole radio series live from the Resonance FM studio in London Bridge.We were delighted to have author Susie Day and author/illustrator Tom Percival to join us as our studio guests, and we talked about three brilliant new books coming out in June: Tiny: The Invisible World of Microbes by Nicola Davies and Emily Sutton; Murder Most Unladylike by Robin Stevens; and Lobsters by Tom Ellen and Lucy Ivison.

You can listen to the episode here:

I’d been a bit apprehensive about recording live, but it turned out to be just as straightforward as pre-recording (although I may have had just a little panic at the end when I realised we only had about 30 seconds left to go – we could happily have gone on chatting about the books all night…) 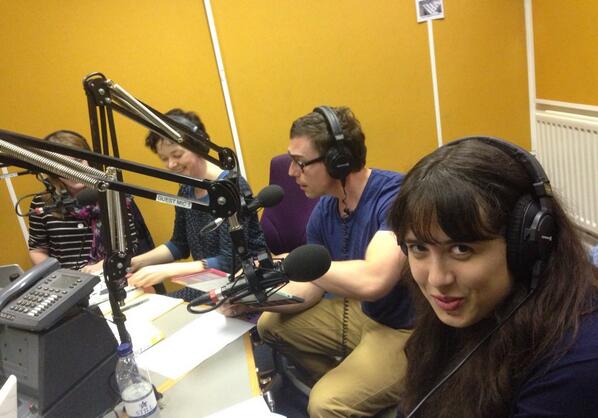 [With the gang in the studio, and once again my head is a microphone… I’m beginning to sense a theme here]

Now we’re looking forward to our next show which will be broadcasting at the end of June – check out the Down the Rabbit Hole blog for more info or follow us on Twitter @dtrhradio for the latest updates! 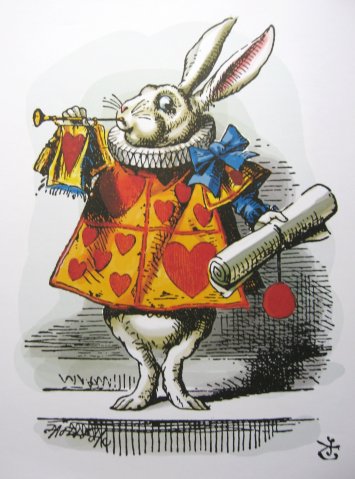 I’m very excited to share the news that Down the Rabbit Hole is returning to Resonance 104.4fm next week, as a series.

Following the one-off show which was broadcast earlier this year, Melissa, Louise and I are teaming up to continue the programme in a a regular monthly slot. Each half-hour episode will feature special guests (authors, illustrators, industry experts) who will be joining us to discuss a selection of new titles, ranging from picture books to young adult fiction, as well as news and feature content from the world of children’s books.

The first episode is being broadcast live on Tuesday 27 May at 5.00 pm, and will be repeated on Sunday 1 June at 7.00 am. You can tune in online at resonancefm.com  or those in London and the surrounding area can listen at 104.4fm. The programme will also be available to listen to as a podcast after the show.

Special guests for this first episode will be Susie Day, author of the brilliant Pea’s Book series, as well as teen and young adult novels; and Tom Percival, picture book creator of such delights as Herman’s Letter, and illustrator of Derek Landy’s bestselling Skulduggery Pleasant series.

Do tune in if you can – and for more about the series, see our shiny new tumblr site http://www.downtherabbitholeradio.tumblr.com You can also now follow us on Twitter at @dtrhradio. 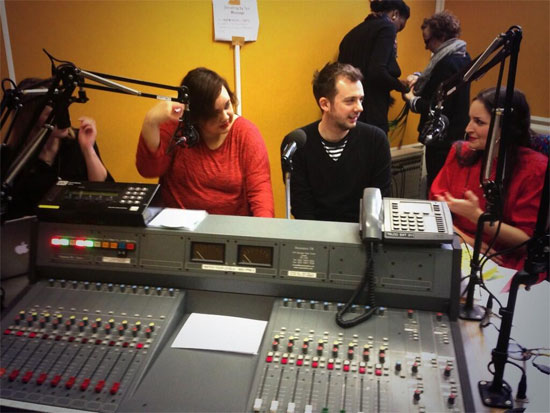 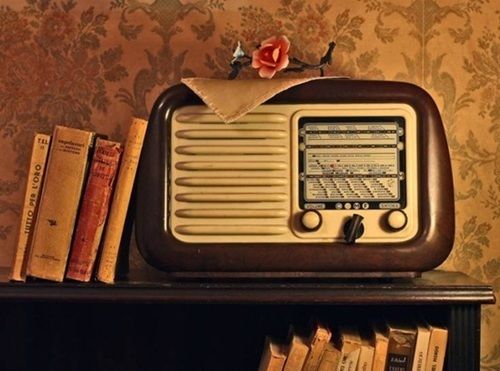 Just a quick post about something rather exciting that’s coming up next week. I’ll be producing and hosting a special one-off radio programme all about children’s books on Resonance FM – Down the Rabbit Hole.

As well as talking about some great  books, the programme will also feature everything from author interviews to tips for aspiring children’s writers, to a peek behind the scenes in children’s publishing – and even hopefully a few Alice in Wonderland-themed songs along the way!

You can listen to the show on Tuesday 18 February at 8.00pm on 104.4FM or online at http://www.resonancefm.com and it will also be repeated on Wednesday 19 February at 9.00am.

If you do have a listen, I would love to hear what you think. We’re planning to continue the discussions on Twitter after the show so please do join in and tweet me your feedback using the hashtag #downtherabbithole.