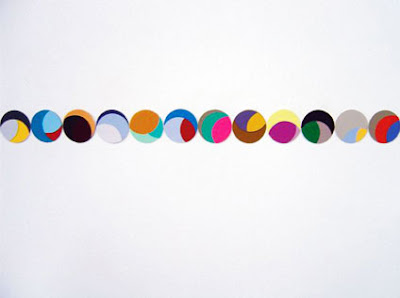 The most excellent Rob Bailey had a special “for one night only” exhibition at Rogue Artists Studios & Project Space on Friday night to show work created during 10 weeks at Rogue as their first artist-in-residence.

The new works developed during the residency make good use of Rogue’s project space, with unexpected things to see everywhere, from a delicate paper butterfly casting a pink shadow on a white wall, to a rainbow of coloured beetles parading along the windowsill and an orange bird peeping in from the ceiling. Rob’s time at Rogue has clearly provided him with a valuable opportunity to develop his practice and experiment with new approaches, extending his illustrative work to explore 3D sculptural forms. However the new work remains very much the product of his own very distinctive visual aesthetic, influenced by 1950s design and animation, his characteristic use of colour and the keen sense of playfulness which is always evident in his work.

The new work also marks a logical development from the wonderful Hello World exhibition earlier this year, in which Rob transformed Common bar into a fantasy rainbow-coloured encyclopedia-come-to-life, featuring dinosaur bones, a giant piano keyboard and a cross-section of the earth to name but a few highlights. I couldn’t resist the temptation to post a couple of my favourite images below… 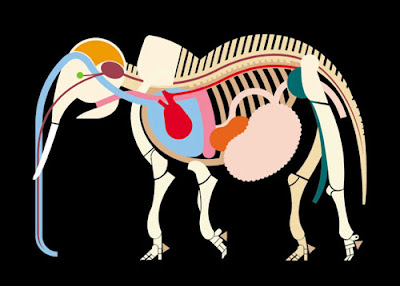 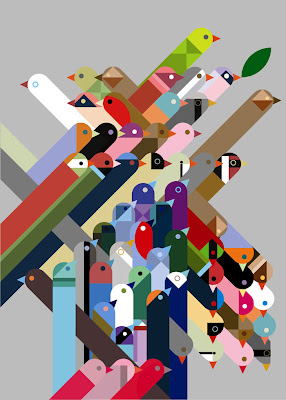 Look out for more exciting things to come from Mr Bailey – future projects include co-producing a short film commissioned by North West Vision and a group exhibition at Cornerhouse later this year exploring drawing and animation.