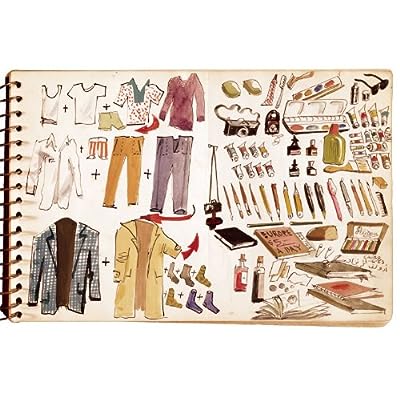 As an avid list-maker, I like the look of this exhibition about lists, currently running at the Laurence A. Fleischman Gallery in Washington D.C., discovered via the BBC website.

The exhibition includes hundreds of lists drawn up by modern artists, ranging from lists of ideas or paintings, right through to apparently straightforward ‘things to do’ lists. Amongst them is Picasso’s handwritten list of recommended artists for the historic 1913 Armory Show: amusingly, he couldn’t spell the name of his contemporary Marcel Duchamp. Other notable in the exhibition include architect Eero Saarinen’s list of attributes he found attractive in his wife (!) and Alfred Konrad’s illustrated list of what to pack for a trip to Rome and Egypt in 1962 (see above).

I’m finding further list-making inspiration at the Listography website where users can create a personal database of lists from to-do lists and wish lists through to High Fidelity-esque top tens ; and also on hula seventy‘s blog – a fellow list-maker, she is posting a new list every week, ranging from guilty pleasures to favourite words.

Lists: To-dos, Illustrated Inventories, Collected Thoughts and Other Artist’s Enumerations from the Archives of American Art runs until September 2010 (the chances of me getting to see it are non-existent, but luckily there will also be an exhibition catalogue).