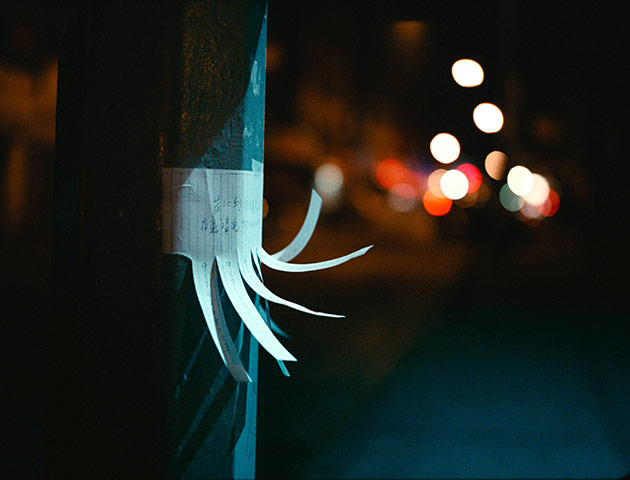 First exhibition for 2011 – Philippe Parenno‘s solo show at the Serpentine. The white space of the gallery interior is transformed as we move through the space, and shutters suddenly, theatrically close out the bright January sunlight. A cycle of short films play out on a series of screens that seem to appear and disappear: June 8, 1968 is a crisp technicolour recreation of the train journey that transported the body of assassinated senator Robert Kennedy from New York to Washington D.C.; whilst Invisibleboy tells the story of a Chinese immigrant boy who sees imaginary monsters, created by scratching into the film stock itself. As the film concludes, the shutters rise again: the glass is now covered in a ghostly fog, and snow drifts softly against the window, in spite of the blue skies.  In another room, a grainy hand-held film shows a group of French children waving placards, and chanting: No more reality!’ An apt slogan for this atmospheric and faintly magical exhibition exploring the relationship between the fictive and the real.

[All images via Serpentine]