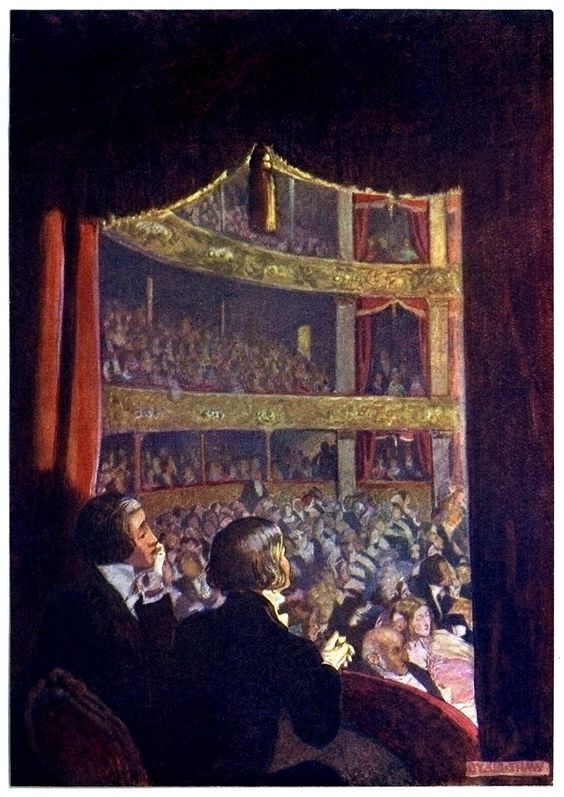 For my short story for the Mystery & Mayhem anthology, I wanted to try something a little different. Unlike the other Sinclair’s Mysteries,  ‘The Mystery of the Purloined Pearls’ is written in the first person – from the point of view of aspiring actress Lil.

The action of the story takes place in between Clockwork Sparrow and Jewelled Moth. As well as being a fun opportunity to see Lil doing some solo detective work,  this story also allowed me to explore another area of Edwardian London – the Edwardian theatre!

We see something of the theatre in Clockwork Sparrow when Sophie goes to see Lil performing in the chorus line of a new show called The Shop Girl (fun fact: there really was a popular Edwardian musical comedy with this title – in real life it was originally performed in 1894!) However ‘The Mystery of the Purloined Pearls’ shows us more of the theatre world – and takes readers behind the scenes with Lil and the other performers.

Theatre was incredibly popular in Edwardian London. Before cinema or television, it was one of the most important form of entertainment; and whether they preferred the lively music halls of the East End, or the grand theatres of the West, the people of London flocked to see all the latest productions. Many theatres took advantage of exciting new techologies, such as electric light, to create impressive spectacles for their productions.

One of the most important of the West End’s theatres at this time was The Gaiety on Aldwych. Run by George Edwardes, known as ‘The Guv’nor’, it became famous for its frothy musical comedy productions – and in particular its dancing, singing chorus line of ‘Gaiety Girls’. Shows like A Gaiety Girl, and Our Miss Gibbs were hugely popular and were soon copied by many other theatres, both in London and beyond. 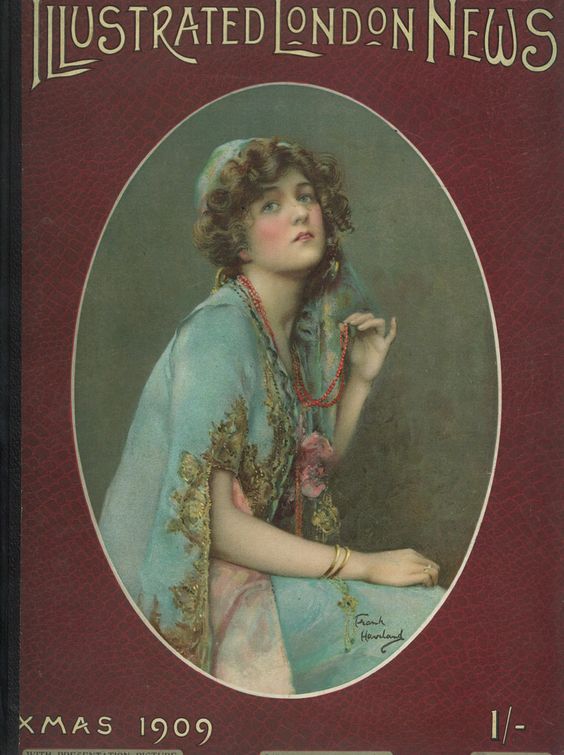 Theatre stars like Gabrielle Ray (above), Gertie Millar, and Phyllis Dare, were the celebrities of their day – much like (the fictional) Miss Kitty Shaw, whose pearls dramatically go missing in ‘The Mystery of the Purloined Pearls’.

Theatre also had a huge influence on Edwardian fashion and style – The Merry Widow, which opened at Daly’s Theatre in 1907, not only helped make a big star of actress Lily Elsie, but also inspired a widespread fashion for wide-brimmed and plumed ‘Merry Widow’ hats which were an essential accessory for any fashionable lady over the next few years.

Lily Elsie’s costumes for the production were designed by leading London fashion designer Lucile who went on to design her personal clothes as well as costumes for several of her other shows. Lucile wrote: ‘That season was a very brilliant one… And just when it was at its zenith, a new play was launched with a new actress who set the whole town raving over her beauty.’ Lily Elsie soon became one of the most-photographed women of the Edwardian era.

There are lots of pictures of Edwardian theatre stars on my Edwardiana Pinterest board – as well as theatre programmes, tickets and photographs of what the theatres looked like. I found it fascinating to explore all this visual material about the glamorous world of the Edwardian theatre – but I particularly love these pictures of Lily Elsie, because she looks rather like how I imagine Lil! 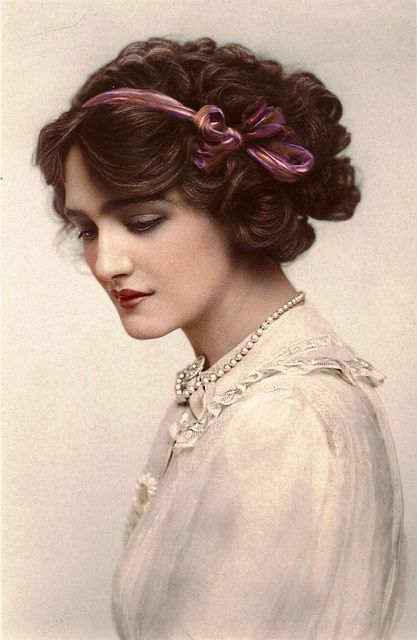 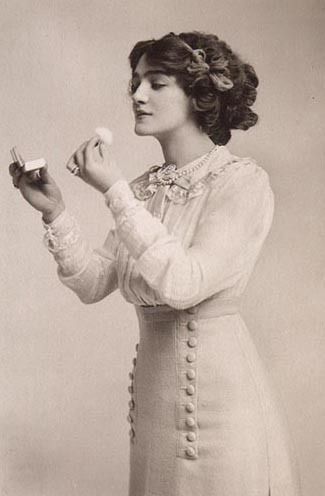 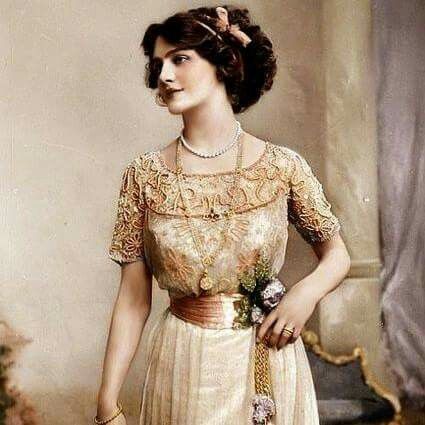 If you like reading about the Edwardian theatre in this story, you might also enjoy reading Lyn Gardner’s Rose Campion mysteries, which are set a little earlier than the Sinclair’s Mysteries, and take place in the exciting world of the Victorian music hall!