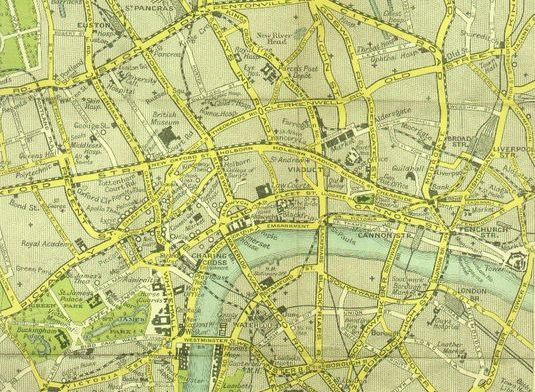 When I started writing The Clockwork Sparrow, I knew that London was going to be a hugely important part of the Sinclair’s Mysteries. I started writing the first book not long after moving to London, and I wanted to take inspiration from my own experiences of living in the city, as well as the real history of London in the 1900s, and weave this into the world of the books.

I’ve spent lots of time walking around London, exploring everywhere from the glitzy shops, restaurants and theatres of the West End (including of course, the department stores that helped inspire Sinclair‘s) to the former docklands of the East, which plays such an important part in The Jewelled Moth. I’ve wandered the streets of Bloomsbury, where art school the Spencer Institute appears, and the twisty streets of the City, where mysterious gentlemen’s club Wyvern House can be found. I’ve enjoyed spotting all kinds of traces of the old Edwardian city which still exist in the fabric of modern-day London – from the intriguing ‘ghost signs’ that you can still see on some old buildings, to 1900s lamp-posts, and even pubs like the Lady Ottoline, named for Edwardian society hostess Lady Ottoline Morrell.

I’ve looked at  maps,  photographs, and even travel-guides to London from the 1900s. I wanted to be able to imagine as vividly as I could what it might have felt like for my characters, as they walked around London’s streets over 100 years ago. And although most of the places in the books are fictional, they are very much inspired by the real places and spaces of the city that I’ve explored and found out about.

With this in mind, I’ve created a new interactive map, with lots more about the real life places that inspired some of the most important locations in the Sinclair’s Mysteries. You can read more about it over on the Egmont blog – or click on a pin to start exploring the map.

2 Comments on Behind the Scenes: Exploring London with the Sinclair’s Mysteries Map!

Leave a reply to Liz