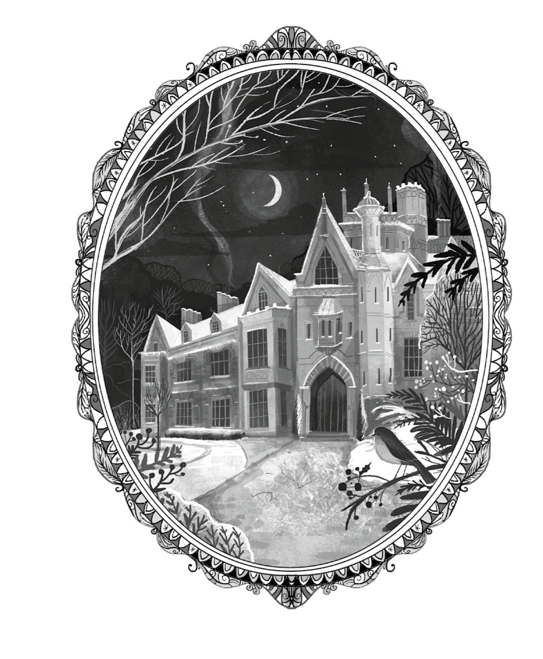 Readers of the Sinclair’s Mysteries, have already had a peep into a grand Edwardian house – Leo Fitzgerald’s home, Winter Hall. In the final book, The Midnight Peacock, I wanted to take us back to Winter Hall, and allow Sophie and Lil to experience the world of a high society Edwardian house party, with all its complex rules and traditions. Here, it’s a Christmas house party, complete with ice-skating, snowy walks, and a Christmas party for the children of the estate. But amongst all the festivities, there’s a mystery afoot – and Sophie and Lil soon discover that Winter Hall is hiding a sinister and spooky secret…