This weekend I’ve been completely engrossed in Important Artifacts and Personal Property From the Collection of Lenore Doolan and Harold Morris, Including Books, Street Fashion and Jewelry: a love story told in the format of an an auction catalogue. Created by Canadian artist Leanne Shapton, the book was initially inspired by the catalogue from an auction of Truman Capote’s personal effects, which Shapton interpreted as a kind of autobiography of Capote’s life, albeit one characterised by ambiguities and ellipses.

Important Artifacts may initially appear to be a straightforward series of black and white photographs of auction lots, with accompanying captions, but it quickly becomes clear that this book is in fact a sophisticated work of fiction that skips gleefully across the boundary between experimental novel and conceptual artwork. The four-year relationship between New York couple Lenore and Hal is sharply and vividly unravelled through a fascinating array of ephemera, relics and personal possessions that give us, as readers, the illusion of taking an intimate, not to say illicit peep into a stranger’s private world. Completely mesmerising… [All images from Important Artifacts and Personal Property From the Collection of Lenore Doolan and Harold Morris, Including Books, Street Fashion and Jewelry by Leanne Shapton] 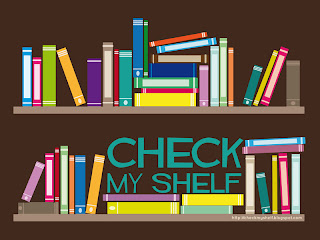 Check My Shelf is a fun idea: a brand-new blog devoted solely to bookshelves. Intriguing for all those who like me, believe that there’s nothing that says more about a person than their book collection. Submit pictures of your shelves or have a peep at other people’s here. 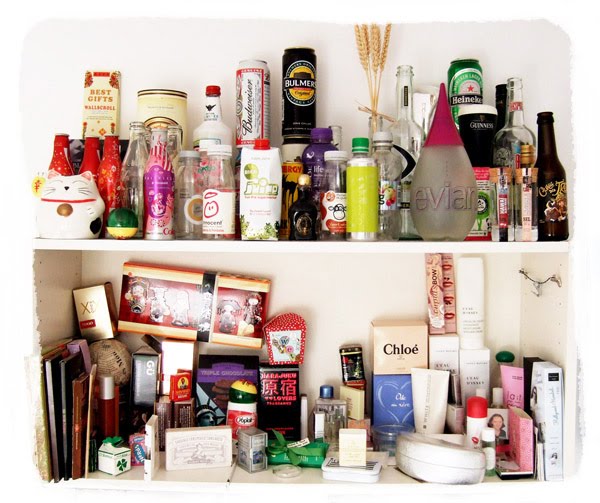 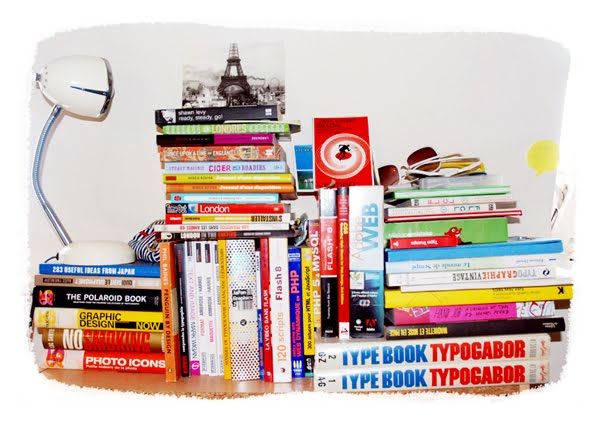 [All images via Check My Shelf] 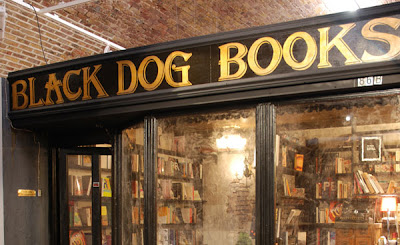 One dark and stormy night this week, I ventured through the rainy streets of Shoreditch to the opening of a pop-up shop with a difference: the mysterious Black Dog Books.

Black Dog Books, which describes itself as “London’s most unusual bookshop” is the brainchild of East End gallery Black Rat Projects: a pop-up antiquarian bookshop, built inside their railway arch gallery. This beautifully-realised installation perfectly recreates the atmosphere of a tiny, creaky old-fashioned bookshop, complete with vintage fittings, an antique till and even a welcome mat. You can browse (and buy) a selection of books ranging from Where the Wild Things Are and The Gruffalo through pleasingly shabby paperback poetry books, through to a range of new artist books, exhibition catalogues, monographs and quirky artist-made fanzines.

But watch out for surprises: Black Dog Books is rumoured to be haunted. According to Black Rat Projects: “The idea of creating the bookshop came when the Black Rat owners slept in the gallery one evening and were woken by the toilet flushing and books falling from the office bookshelves. Thinking they were being burgled, they turned the lights on only to find the gallery empty. Asking around, a local landlord mentioned that the gallery had been used to store the stock of legendary Victorian book dealer F.J. Williams, who disappeared in 1903 and is rumoured to haunt various pubs and houses around the East End.”

Black Rat Projects continue: “Reports have already been received of eerie incidents and strange happenings, with books magically flying off shelves, and lights switching themselves on and off. Halloween may have been and gone but the real ghosts and ghouls work all year round.”

Designed by Will Randall and Giles Walker, and supported by publishers including Tate and Thames and Hudson, Black Dog Books certainly makes the most of this supernatural history. I’m afraid I can’t promise a genuine encounter with the ghosts of East End London, but there are some enjoyable uncanny touches here, not least the presence of a strange figure guarding the bookshop entrance… I’m spending a lot of time in libraries recently: from the amazing British Library where I’m spending most of my weekends, working on The Dreaded Dissertation, to the wonderful Barbican library, which keeps me in books to while away my daily commute.

Browsing the library shelves recently, I came upon an old favourite – an essay by the theorist Walter Benjamin entitled “Unpacking My Library”. This essay is Benjamin’s hymn to his book collection, which for him becomes a “dwelling… with books as the building stones”: a home within a home into which he can disappear.

I too am a book collector. I haven’t got many books here in London, but it’s nice to know that back in Lancaster, they are all there waiting for me: my foundation stones, the books that built me up brick by brick. There are the vintage hardbacks with their faded paper jackets, their nostalgic endpapers, the titles arching across their spines in romantically twirled letters – Dimsie Moves Up, Dancer’s Luck, Cherry Tree Perch – or dashing capitals – Underwater Adventure, Smuggler’s Cove, The Secret of Grey Walls. There are the 1970s library cast-offs with their laminated pastel covers, still shedding loose pages, tattooed with the marks of someone else’s felt-tip pen. There is that familiar rainbow of well-worn Armada paperbacks, unravelling my own past along their ragged spines: dog-eared Famous Fives and Chalet Schools interleaved with Nancy Drew adventures, priced in shillings and pence. A whole flock of Puffins: Ransome’s Swallows and Amazons jostling alongside Nesbit’s Treasure Seekers; Anne of Green Gables beside Stig of The Dump. They have a musty, archaic smell that for me will always evoke a long-lost world of bicycles and picnics and seaside adventures and plucky heroes and heroines, into which I too can disappear.

Assembled they are a cheerful, dog-eared muddle far removed from the elegant, clean-lined Parisian edifice I somehow associate with Benjamin’s book collection. This construction is infinitely more chaotic: a tiny crooked Nara-esque wendy house built out of disintegrating paperbacks, jumbled with childhood souvenirs, glinting with tarnished treasures that I can only peep at through miniature postage-stamp windows, stooping to catch distant, mysterious underwater sounds. This is my dwelling: a little house (with or without prairie), a secret garden, an enchanted wood.

Perhaps all this sounds a little too nostalgic, excessively dewy-eyed. Some years ago, I remember reading something Julie Burchill wrote in her column for The Guardian, where she derided people like me, the people who grew up secretly aspiring to “a childhood spent talking to the animals on Sunnybrook Farm perhaps, before going to board (sharing a room with Pollyanna) at Mallory Towers and then leaving with straight As to work in Narnia as Aslan’s personal assistant.” The piece was not in fact about children’s books at all, but something else entirely, yet this sentence stood out to me as if it had been highlighted, underlined in bright red pen. Burchill was doing her utmost to make the people she was describing sound ridiculous, but the more I thought about it, the more I realised this didn’t sound ridiculous at all to me. I couldn’t imagine joining Burchill in co-conspiratorial scorn at these deluded dreamers: in fact, if anything, I couldn’t help wondering how any self-respecting child raised on a diet of Blyton and C.S. Lewis could be reasonably expected to hope for anything else?

Today, “escapism” is so often dismissed with derision by writers and cultural critics: the recent tentative suggestion of children’s book author Anne Fine that maybe books don’t always need to be about realism, but instead could be the preserve of hope resulted in a barrage of criticism and condemnation. Yet from the vantage point of my paperback house, it seems to clear to me that sometimes we need to creep under the ivy, through a secret door in a garden wall, or embark on a riverside picnic with Ratty and Mole. We need to retain these happy endings, the loyal dogs and picnic baskets, the mysterious land at the back of the wardrobe. In a world where, as Thomas Wolfe once put it, “you can’t go home again,” maybe we all need a place to escape to, a “dwelling… with books as the building stones” into which we can retreat.

As for me, like Benjamin himself, I’m happiest “among… piles of volumes.” Right now, I have to admit that I really don’t mind spending my Saturday morning in the British Library. In fact, I’m happy to be there, because wherever I go, I know that between bookshelves I’ll always find a home from home.

[Image by Arcane via Tumblr]