Archive of ‘The Mystery of the Painted Dragon’ category 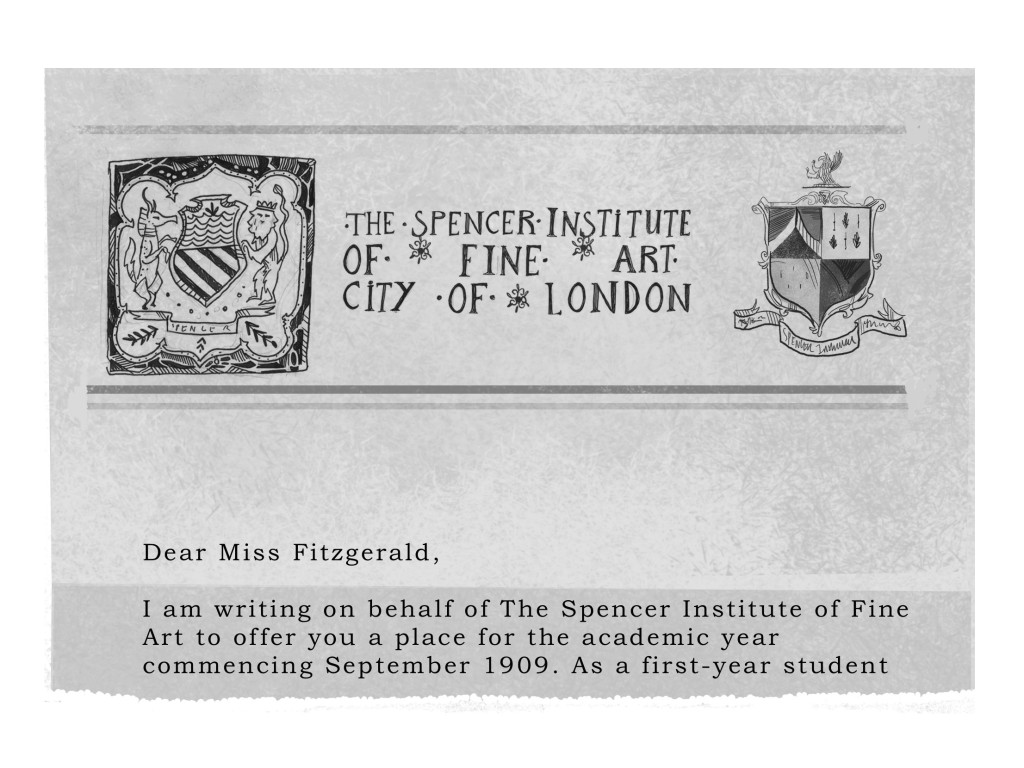 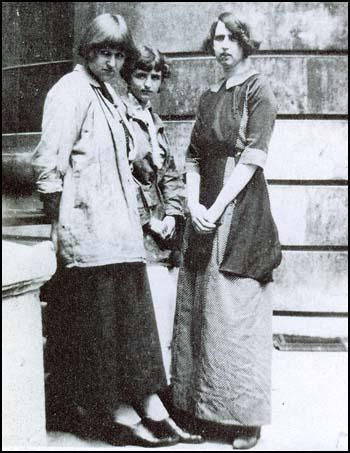 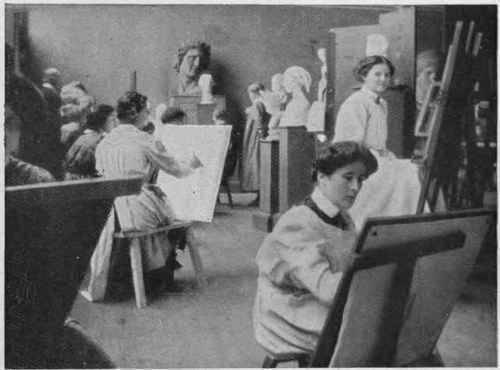 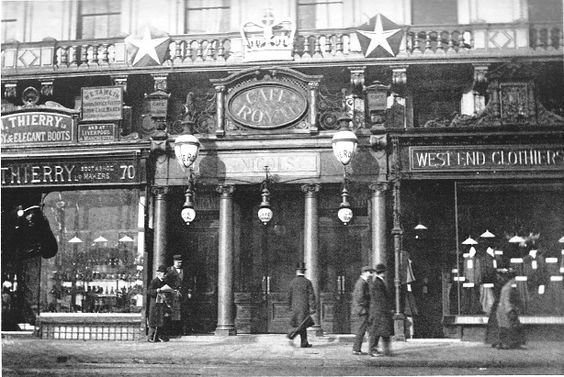 Hooray! The Painted Dragon, the third book in the Sinclair’s Mysteries series, is published in the UK TODAY!

I’m so excited that the book is now out in the world. I’ve already spotted it in several bookshops – and there have  been some lovely responses to the book online, including this fabulous 5* review from The Bookbag, and this wonderful review from Booklover Jo.

Here’s a bit more information about the book:

You are invited to attend the grand unveiling of Mr Lyle’s magnificent art exhibition at Sinclair’s department store!

When a priceless painting is stolen, our dauntless heroines Sophie and Lil find themselves faced with forgery, trickery and deceit on all sides.

BE AMAZED as the brave duo pit their wits against this perilous puzzle!  MARVEL at their cunning plan to unmask the villain and prove themselves detectives to be reckoned with – no matter what dangers lie ahead . . .

This is their most perilous adventure yet!

‘I read it in one delicious sitting – a cleverly plotted, atmospheric page-turner with exquisite attention to detail’ – Fiona Noble, The Bookseller

‘Funny, scary, heart-stopping stuff – do not, under any circumstances, miss it’ – The Bookbag

One of my very favourite things about the new book is of course, the gorgeous cover illustrated by the brilliant Karl James Mountford (look our for Karl’s new picture book The Curious Case of the Missing Mammoth which is also out today!) Karl’s interior illustrations are amazing too – here’s a sneak peek at one of my favourites, which is the first time we’ve seen Sophie and Lil in a picture: 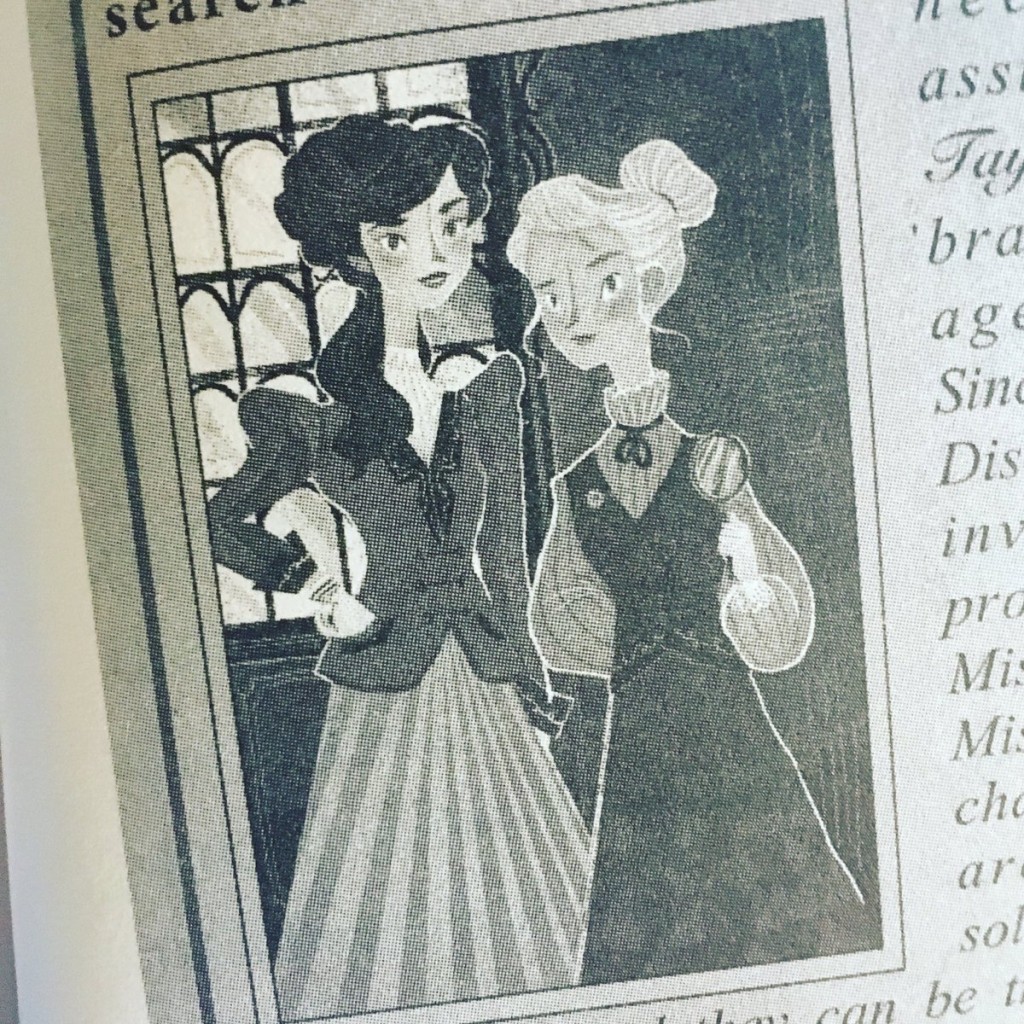 If you want to get hold of a copy of the new book you can buy it now from Waterstones | The Hive | Amazon. Add it on Goodreads here. 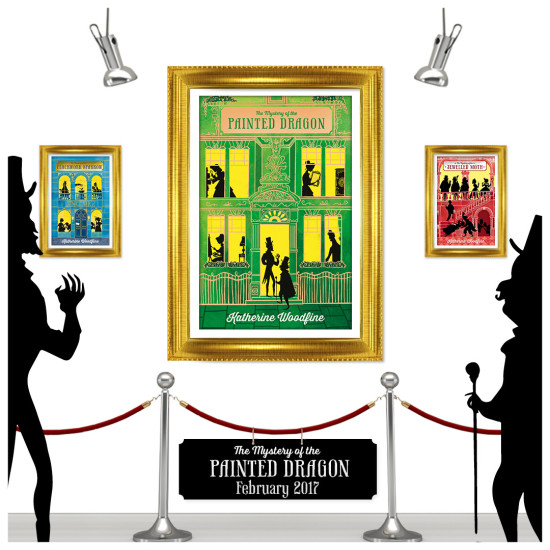 As you might guess from the title (and the graphic above) the third book in the series takes Sophie, Lil and the rest of the gang into the Edwardian art world. The story centres around a priceless painting that has been stolen in such baffling circumstances that even our young sleuths don’t know what to make of it.

Can Sophie and Lil find the missing painting, unmask the villain, and prove themselves detectives to be reckoned with? You’ll have to wait until February 2017 to find out… 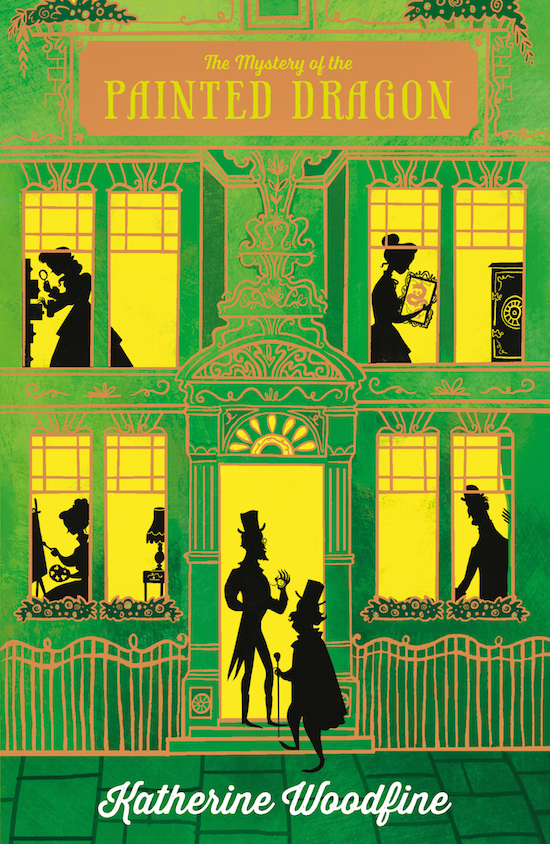 Karl worked closely with Benjamin Hughes, Art Director at Egmont, to create this stunning cover, which features beautiful shiny copper foil. I think it’s going to look so lovely on the shelf next to Clockwork Sparrow and Jewelled Moth.

I’ve also been lucky enought to have an early peek at some of the interior illustrations that Karl is creating for this book, which are so special. I can’t wait to be able to share the finished book!

UPDATED: You can now pre-order The Mystery of the Painted Dragon from:Waterstones | The Hive | Amazon.

Add The Mystery of the Painted Dragon on Goodreads.