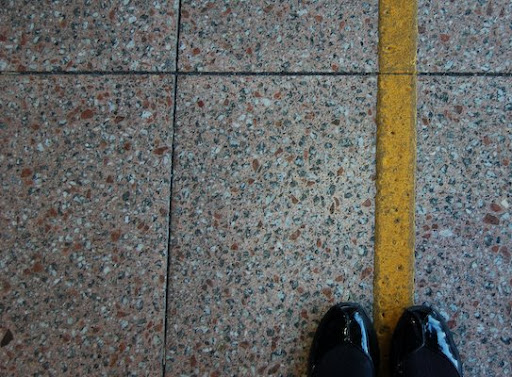 1. I have spent this entire weekend writing my essay about Virginia Woolf. I haven’t even been outside. I have certainly not done anything that could really be classed as ‘social’ or ‘fun’. My ‘reward’ for this hard labour is that tomorrow is Monday and I get to go… to work! Party poppers all round. (The lesson here is: don’t try and do an MA at the same time as having a full time job, because how ever much you like both of these things, it is not good).

2. On the plus side though, I’m having beef and ale stew with mashed potato for my dinner. The stew is currently in the oven cooking and it smells amazing.

3. The only other thing of significance I have done this weekend is knitting. I really enjoy knitting. It’s a bit like meditation, except at the end of it you (hopefully) have something you have created, like a hat, or a scarf, or even some gloves, or if you’re more talented than me, perhaps some socks in a fancy pattern. I really like watching something concrete and new appear from nothing (well, from a few balls of wool anyway) – a bit like baking, which appeals for similar reasons. My current project is a rather nice navy blue blanket for my friends’ new baby (though the baby is not really so ‘new’ anymore – in fact, at the rate I’m going, this blanket’s going to be about ready for when he goes to university).

4. I’m writing this sitting under my new red blanket (a Christmas present from my Dad, who knows how I like blankets) which I need because I’m extremely cold. I think I feel the cold a lot more than most people. This is unfortunate, but will be helpful for any pastry-making I need to undertake as I hear cold hands are good for that. All last week I wore a lot of clothes – two pairs of socks to counteract cold toes, and fingerless gloves which are handy for keeping your hands warm whilst typing, though though one of my colleagues did tell me I looked “like Bob Cratchitt”. However, style must be sacrificed in the face of numb fingers and toes.

5. It’s my birthday in one week’s time. I am going to be 26, which sounds quite proper and grown up. It also means that I will no longer count as a “young person” (at least in terms of railcards and suchlike) which seems a bit of a shame. I’m not sure how I’m going to celebrate my birthday yet, but it will definitely involve eating nice food, drinking nice drinks, seeing friends, not thinking at all about essays and wearing my new dress. The dress has a very interesting black and white pattern all over it, which reminds me of illustrations in old books, perhaps woodcuts. My boyfriend says it makes him think of illustrations from “Wuthering Heights” though I don’t know how he’d know, as I’m pretty sure he’s never actually read “Wuthering Heights”. Update – I found what it reminded me of – check it out here.

6. The book I am currently reading is Alexandre Dumas’s “The Three Musketeers” – the rather fabulous new Penguin edition shown above with cover illustrations by Tom Gauld – which my boyfriend gave to me for Christmas. I am really enjoying it, but the only problem is that owing to a childhood love of the cartoon “Dogtanian”, I’m having big trouble imagining the characters as anything other than cartoon dogs. I don’t really mind though: after all, “Dogtanian” was brilliant. Just watch this and remember…

7. My i-pod is on shuffle. While I’ve been writing this it has played Stevie Wonder’s “Signed, Sealed, Delivered”, “Great DJ” by the Ting Tings and Laverne Baker’s “Bumble Bee.”

A lot of people seem to have been tagged with this one already, so I’m going to be renegade and break the rules and not tag 7 other people. Perhaps instead I’ll tag everyone who reads this. If you read this and then feel like going to write 7 things about yourself on your blog, leave me a comment so I can go and read them, as I like reading other people’s blogs, and also I’m just naturally a bit nosy.

I haven’t written anything here for a while, largely because I’m in the middle of trying to write an essay about Mrs Dalloway. Right now, I feel like I hate Virginia Woolf a bit, but I know from experience that I will probably forgive her again when I have finished writing the essay. That’s just how it goes. The essay isn’t actually due until 19 January (which, coincidentally, is also my birthday) but I have been trying to get as much written as possible before I go back to work tomorrow.

2008 has ended, and I don’t really know what I think about the last year. It was a funny one I think. It had a lot of good bits, but overall I feel it was a tough year, a year of hard work and graft. If I was going to represent it symbolically, it would be one of those big cart-horses, or possibly some sort of barefoot Victorian orphan getting sent down the mines or up chimneys. I hope that this year will be different, with less hard graft and more fun. I would like to feel a lot more healthy, have more energy, and spend more time sleeping. I am tempted to say I would like this year to be like a happy sloth, but I think it might be better to opt for something with a bit more vitality and ‘oomph’, like a poodle, or an iguana, or perhaps an anteater.

I haven’t actually made any new years resolutions, but if I was going to make any they would be along the lines of “eat more cake” (which I’m sure I saw suggested on a blog somewhere -can’t remember where though) or “more playing” (see Chris Cleave’s ‘Down with the Kids’ column in yesterday’s Guardian).

Books: as always, too many to list, but off the top of my head, The End of Mr Y by Scarlett Thomas, Perdido Street Station by China Mieville, The Lonely Londoners by Sam Selvon and pretty much anything by Haruki Murakami and Barbara Pym.

Exhibitions: many, many, many, but some that spring to mind are Peter Doig at Tate Britain, Pipilotti Rist at FACT, Made Up at Tate Liverpool especially the Drawing Room, The Intertwining Line at Cornerhouse, Made Up at The Bluecoat, and…erm… From Toad Hall to Pooh Corner at Seven Stories.

Watching: Juno, The Dark Knight, The Cat Returns, Little Dorrit, The Wire, Quatermass and the Pit

Events: again, far too many to list, but I must mention the very fine no point in not being friends, as well as of course, the Manchester Blog Awards at MLF.

Thing I missed but wish that I had not: the La Machine Spider in Liverpool. 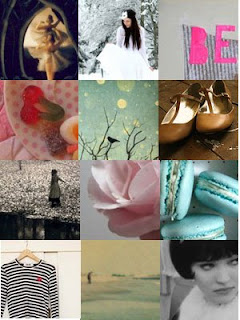 Today, for a final blast of ‘December loveliness’, I thought I would share these blogs – all relatively recent discoveries, which I like as much for their lovely images and overall aesthetic as for their written style.

I especially like the fact that all of these blogs make the most of the potential offered by online platforms without feeling scarily uber-digital or hi-tech: in fact, if anything, blogs like the tea drinking english rose, or the unicorn diaries more closely resemble an old-fashioned handwritten journal that you could imagine you might tie up with a ribbon or lock with a key.

Whether or not the particular aesthetic appeals to you, what really stands out about all these blogs is how defined their individual styles are – visuals, content and prose style all work together to create a particular identity. It’s perhaps for this reason that these blogs feel so personal – reading them is like taking a little peep through the keyhole into the space of the bloggers’ imaginations.

It’s interesting to observe how blogs such as i’m not antisocial just shortsighted (a very recent find, which I discovered via jo’s blog) or the cherry blossom girl develop, becoming a broad creative space to experiment with a distinctive personal style, bringing together together many different interests and sources of inspiration – from fashion to design to writing to photography to fine art.

Blogs like these seem to be first and foremost spaces to play with and share ideas, becoming (quite literally in the case of blogs like treats & treasures) ongoing scrapbooks or collages which are always growing and developing. These blogs are little treasure-troves of inspiration.

I love old photographs, and polaroids in particular. I have recently become slightly obsessed with poladroid, a brilliant free-to-download image maker that allows you to transform any photograph into a polaroid in a mere matter of seconds. You can even watch the picture develop, just like a ‘real’ polaroid photograph.

I couldn’t resist the temptation to capture in polaroid form a few more of my favourite things to add to the ever-increasing list: 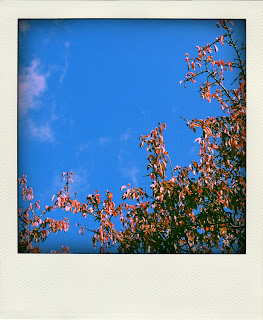 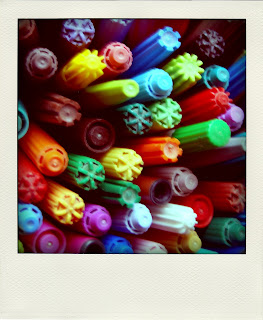 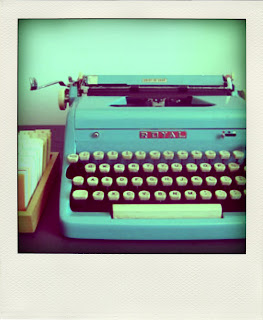 typewriters: I am seriously coveting this one from three potato four sitting in the oklahoma cafe with a hot spiced apple juice 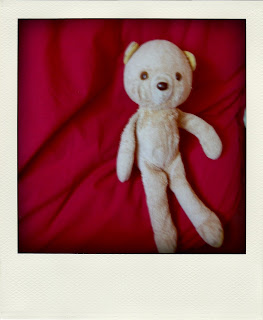 a very old and special friend